Livelihood of tomato farmers in UER under threat 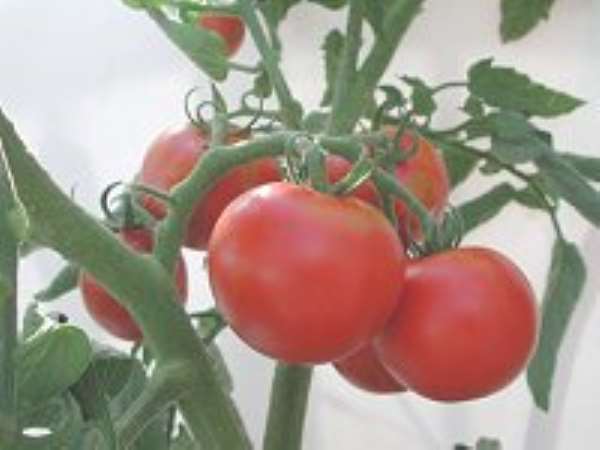 Bolgatanga, Sept. 9, GNA - The main source of income of over 12,000 tomato farming households in the Upper East Region is threatened by their inability to cultivate more tomatoes and adequately market the produce at a fair price.

This is because, while tomato production is still recovering from the devastating disease outbreak of 2001, market queens who are the main buyers prefer to buy from neighbouring Burkina Faso thereby denying the farmers in the region adequate market for their products.

These were findings of a research study undertaken by the Rural Media Network (RUMNET), a non-governmental organisation based at Tamale, to gather information on the extent of the problems militating against tomato production and marketing in the region.

Mr. Abdallah Kassim, Director of RUMNET, said this in Bolgatanga at a one-day stakeholders advocacy workshop on the tomato industry in Northern Ghana, which attracted tomato farmers, representatives of agricultural based non-governmental organisations and agricultural officers in the region.

Mr. Kassim said tomato cultivation was once a thriving business dubbed the "Red Gold" when the tomato factory at Pwalugu was functioning and the Tono and Vea dams ensured farming all year round.

He said the industry was now crippling at a fast rate as buyers dictate prices and the farmers have no choice but to sell at give away prices thereby making losses.

"The prices are usually unstable, one crate could sell at 140,000 cedis on a market day and three days later, the next market day, sell at only 40,000 cedis according to the dictates of the buyers," Mr Kassim said.

He added that this gets worst at the peak of the harvest season during the months of March and April when temperatures are high and the crops rot fast.

Mr. Kassim explained that the market queens, offer such low prices and also prefer the products from Burkina Faso because they complain that the tomatoes in the region are less firm, not attractive and rot fast unlike that of Burkina Faso that are beautiful, firm and last longer. They are also bought at low prices.

Mr Samson s. Danso, Country Programme Manager of Oxfam, a British NGO, said even though Ghana produces large quantities of tomatoes, 16,000 metric tons of the product was still imported into the country each year thereby making the market unsafe for the local product. He suggested that tomato production be put under the Presidential Special Initiative so as to be given more attention.

Mr. Mahami Salifu, Upper East Regional Minister, asked agricultural extension officers to pay more attention to tomato farmers and guide them to do what is best for good production.

Mr. Salifu said the Pwalugu tomato factory in the region had been on the divestiture list for quite some time now but many investors, on examining the old equipment doubt that it would be able to give maximum output.

The region utilises 3,000 hectares of land for tomato production, which is done during the dry season, under irrigation, and produces 30,000 metric tonnes per year.

The workshop, which was sponsored by Oxfam, is to analyse the problems of the tomato industry in the region and come out with appropriate strategies to enable farmers obtain sufficient inputs to cultivate the crop on large-scale, and again access to markets. It also sought to encourage district assemblies and other stakeholders to revive the Pwalugu tomato cannery.