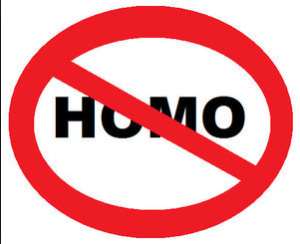 Gayism and Lesbianism is not new to Ghana. The act is common on our campuses (Speaking from Legon perspective) practiced by unscrupulous persons under secrecy.

The recent brouhaha about gayism in Ghana was largely attributed to the President’s nomination of Nana Oye Lithur, a renowned human rights activist in Ghana.

Worse of it all, after she appeared before the Parliamentary Vetting Committee amid growing signs of unsatisfaction by many Ghanaians on her alleged inability to clear the air once and for all on her stance on gay matters.

Personally, ''Role Conflict'' was what I saw in her defence at the Vetting. It lacked clarity, a potential danger for our International Relations. But to also confess, she did so well in answering the panel. A very intelligent woman she portrayed. But, judging from past Parliamentary vetting results (every nominee always pass through no matter what) hence, one was no amazed to see her pass through successfully upon all the heated arguments (healthy though). I Wished her the very best to succeed in such times, She needed it.

Indeed we as Africans have our own unique culture, beliefs and social practices as individual Sovereign States and as such no Western Power or International Policy ought not impose an unknown culture unto us.

As a matter of fact, every facet of the Ghanaian Society and all religious practitioners sternly frown on Gayism (unnatural acts).

This is highly immoral and alien to our cultural pattern. This is Sacrilegious!

One would wonder, why not channel our efforts into reforming and converting gays. Rather, all we read, hear, and monitor on social media platforms recently is about a global appeal to promote and encourage gayism in Africa. A crusade spearheaded by the UN?

Religion and Culture cannot be oblivious to this ‘’flourishing’’ canker. To set the records straight, Africa's religious and Cultural beliefs reflect its written Constitution. One needs to ponder over this element before referring to the quote "freedom of association" stipulations of the constitution in this matter.

Interestingly, none of my learned friends around the world have been able to tell me why a man has no constitutional right to marry two or more women (bigamy/polygamy) in America? Yes, it is illegal in America, but legal in Africa.

Obviously there is a clear dichotomy in our social and cultural settings as individual sovereign states.

Now that Nana Oye Lithur has been approved and fully functioning as a minister of children, gender and social protection, indirectly it could serve as a morale booster for the gay society on our campuses and society in general. After all, they now have a renowned voice to protect their unscrupulous acts.

To confess, now some of us can not even hold hands in public with our buddies and walk closely or chat in a lethargic mood. This is indeed brewing tension among the ‘’boys boys’’ in the Country.

Importantly, this recent brouhaha has been a good revelation and a fertile ground for our legislators to debate and pass a law on the legitimacy of gayism and its punitive measures in Ghana.

With the evolutionary social surge in homosexuality and sex crimes against young males. We need urgent and clear definitions, guidelines, resourcing and enforcement of policing from the Legislators (Parliament), Ministries of justice and interior in the Republic of Ghana.

There is direct relationship between the spread of homosexuality and possible increases in HIV/AIDS and other sexually transmitted diseases (STDs).

The impact of diseases and their management will place immense pressures on the disbursement of crucial funds and resources earmarked for Ghana's economic, social (public health management) and cultural development.

Regardless of the academics, the logic and its human right dimension, pedophilia, gayism or lesbianism as one’s sexual preference must not happen in Ghana.

Very soon other social misfits like pedophiles, armed robbers, rapists and other criminals will have voices defending them saying they were born with such tendencies and also have a right.

To our Politicians and the gay activists: Please start with your own children, let a man impregnate his fellow man and give birth miraculously and introduce them to gay rights and the practice.

To the supposed gays: If everyone is to subscribe to your sexual preference then how do we reproduce, multiply and fill the world with humans? How do we sustain the human race, population – wise?

To the unnatural addicts: stop having sex with your wife / girl friends through the anus. It is unnatural and very soon you might feel every ‘’hole’’ is a ‘’hole’’.

To Every Pan-Africanist: For God to continue Blessing Africa we need to banish ourselves from such unnatural acts. The western world, USA, Europe, et al have all embraced it and facing the consequences. Why would they impose their culture unto us dictatorially and yet frown and even criminalize certain African cultures such as ‘’POLYGAMY / BIGAMY’’ in their cultural setting?

The Spiritual well being of every nation thrives on its physical manifestations.

Without any shred of doubt, I can only conclude that African exceptionalism, emotionalism and spiritism is holding the rest of the world from destruction.

May GOD help Ghana and Africa to overcome this canker ‘’Usain Bolting’’ its way into our social pattern and moral purity.