GBC Sits on A Time Bomb 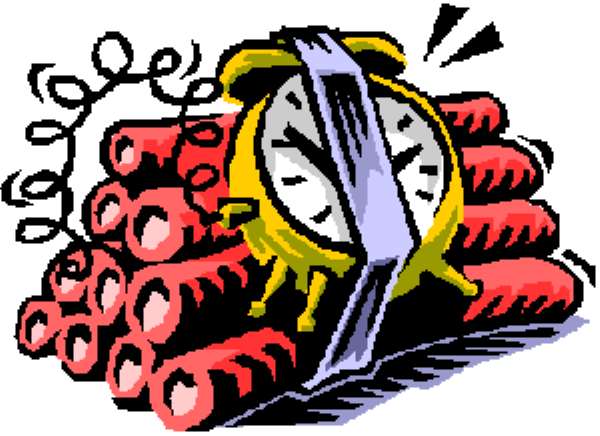 ... As Discontent Grows Confusion broke out among workers of the Ghana Broadcasting Corporation on Tuesday after a planned emergency meeting to discuss the interdiction of five workers of the corporation and other matters was called off at the last minute. The order to call off the meeting according to some union sources was given by the Inspector General of Police after the GBC management told the Police that the workers had no permit to hold the gathering. Top on the agenda of the emergency meeting was the latest on the interdiction of five workers of the corporation. The order generated a heated argument between the workers and their union executives with the workers instating that the meeting be held. But JoyNews investigations revealed that GBC might be sitting on a time bomb, which is likely to explode if immediate measures are not taken to curtail the level of discontent among the working force. Snippets of conversations picked by JoyNews at the abortive meeting suggests that the workers are the least happy about what they call high handedness on the part of the Director General, Ms. Eva Lokko. The meeting was called to bring into focus a number of issues that have been going on in the state-owned broadcasting house. The issue of the interdiction of the five workers was just one out of four points on the agenda of the notice that announced the emergency meeting. The agenda included the interdiction of staff in other departments; discuss the establishment of a provident fund that has not taken off because management disagrees with the union on which insurance company to give the deal to and a discussion of the salaries and state of their Collective Bargaining Agreement. Also on the agenda however was the interdiction of the five workers and what action to take. But the meeting was called off because according to the GBC management, the union has no permission to hold the gathering. Beyond the interdiction saga, the workers at the state broadcasting corporation are not happy with the management style of the director general, Eva Lokko. The workers disagree with management on which insurance company should handle their provident fund with the management insisting on Metropolitan Insurance Company. This has led to a deadlock on the issue. The workers argue that management cannot dictate which company is selected for the fund. The chairman of the GBC branch of the Public Services Workers' Union, Steven Adovor told JoyNews that they would not compromise on their position. “The CBA requires that management sets up a provident fund for the workers but they want to determine the insurance company. They want has to choose MET Gold but we want NTHC. We don't understand. This is unusual”, he said.
Mr. Adovor also told JoyNews that the interdiction of the five is not the first interdiction case in recent times.
“The purpose of the meeting was to inform the rank and file on a number of things happening currently in broadcasting house. The situation where directors and assistant directors are being interdicted, where one director on leave has been asked to come back and assume assistant directorship and all that. We are not happy”, he said.
JoyNews investigations have revealed deliberate attempts to stifle initiative and gag journalists in the TV newsroom of the GBC.
Source at the newsroom say the director-general has instituted a number of polices cumulating in a situation where most of the experienced hands have been moved.
The Editor-in Chief, Lucy Banini has been transferred to a dormant position of head of production, acting news editor, Emmanuel Vogbe before his interdiction had already been transferred to Koforidua and there are rumours that head of news, Yao Dziekpor will also be transferred soon.
The news team told JoyNews that Ms. Lokko's reforms are ill timed especially when the experienced hands will be needed in the round up of the political activities.
There are similar complaints in other departments of the broadcasting house bringing memories of similar sentiments raised by the workers early this year when they staged demonstrations to demand the removal of Ms. Lokko.
Those agitations resulted in the development of bad blood between Ms. Lokko and her former deputy, Ken Amankwah.
Mr. Amankwah had written letters protesting the management style of Ms. Lokko but was asked to resign by the board of directors of the corporation.
Those sentiments were played back at today's abortive meeting with the workers demanding the resignation of the Director General.

Chereponi: I’m humbled by this opportunity to serve — DCE no...
40 minutes ago

Ablakwa to file two urgent questions again over cost of Akuf...
49 minutes ago