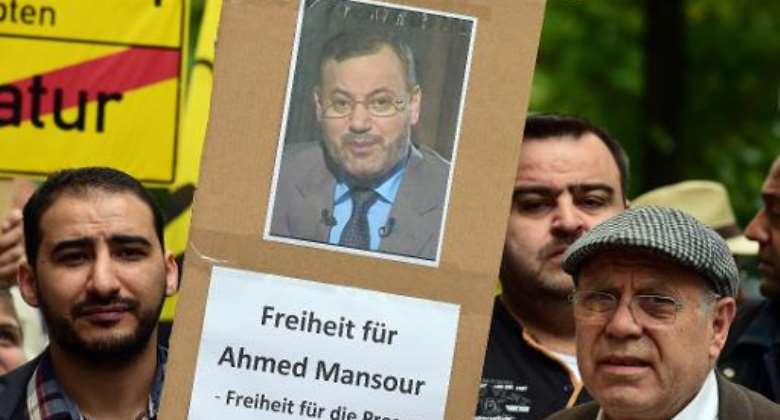 Doha (AFP) - Germany on Monday released Al-Jazeera correspondent Ahmed Mansour who was arrested on the weekend at the request of his native Egypt, the Doha-based channel said.

"We welcome this decision by the German prosecutor," said Al-Jazeera spokesman Hareth Adlouni, adding that the prosecutor had dropped all charges against Mansour.

The 52-year-old journalist was arrested Saturday at a Berlin airport, with a spokesman for the German prosecution service saying he was detained "on the basis of a national Egyptian arrest warrant".

Al-Jazeera said an Egyptian court sentenced Mansour in absentia in 2014 to 15 years in prison, for "torturing a lawyer in 2011 on Tahrir Square", the Cairo epicentre of protests that brought down president Hosni Mubarak.

"Mansour has rejected these absurd accusations," the network said.

Ties between Doha and Cairo have been extremely strained over Qatar's backing for the former, short-lived Egyptian government under the Muslim Brotherhood.