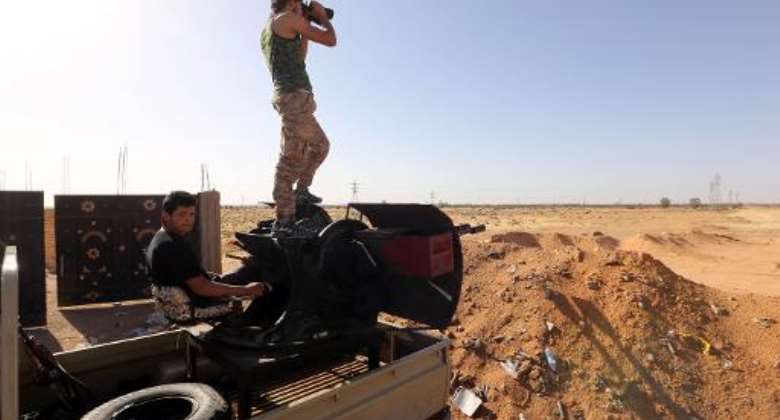 Fighters from the Fajr Libya (Libya Dawn), an alliance of Islamist-backed militias, hold a position during clashes with forces loyal to Libya's internationally recognised government, on April 29, 2015 in Gharyan. By Mahmud Turkia (AFP/File)

UN envoy Leon has been mediating between the Fajr Libya Islamist militia-led alliance and Libya's internationally recognized government to try and bring calm to a country that has been in turmoil since a NATO-backed revolt in 2011.

The council said there was an "urgency for the Libyan parties to agree on a Government of National Accord" and the parties should view "positively" a draft put forward by Leon earlier this month during talks in Morocco.

The draft proposes both sides commit to integrating their militias into one military under control of a unity government. The unity government would appoint a prime minister and prepare for elections.

The Fajr alliance controlling Libya's capital Tripoli welcomed the draft UN agreement, but said "modifications" needed to be made.

While the recognized government has voiced "displeasure" with parts of the proposed agreement and has suggested changes.

Following years of internal fighting Tripoli is under control of the Fajr militias, while the eastern city of Tobruk is the home of the recognized government.