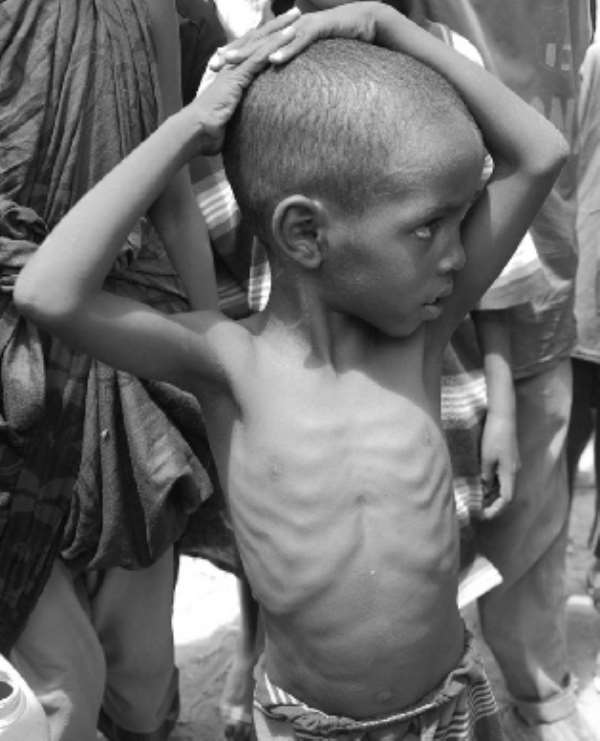 IDAY Ghana as part of activities to commemorate international day of the African child organized a one day durbar in Dangbe West District in the Greater Accra. The programme was held on 16th June under the theme: “Accelerating Our Collective Effort to End Marriage and Promote Girl Child Education in Ghana”.

In an opening remarks, the country coordinator of IDAY Ghana, Mr. Kenneth Nana Amoateng emphasize the importance of education and encourage parents to send their children to schools and ensure they provide equal opportunity for boys and girls. He noted that IDAY Ghana is seeking to end child marriage and help parents with sustainable livelihood projects to enable them support their children to go to school.

According to district education officer, education is key and empathize its importance to parents and urge them to encourage their children to take their studies seriously since education is the only means that they can better lives and that of their community.

She encourage parents to take interest in the academic performance of their children by monitoring their school attendance and take note of concerns that teachers may have or express about their children so that they can take measure to address it.

In a statement read by JOAN of IDAY Ghana ambassador, education is very important for every child whether boy or girl and commended successive governments in Ghana for their efforts towards ensuring girl-child education in Ghana.

She noted that early or force marriage are harmful to girls because they are still children and do not understand what marriage is and its responsibilities because girls marry and become mothers as young as twelve years and many of them die in maternity during child birth.

According to Miss. Joan, if a girl is educated, she is less likely to be victim of domestic and sexual violence. If they go to school, the probability that their husbands will abuse or molest them is very low. In the unlikely event that their husband beat them, as an educated women they will know what to do. That is why Victor Hugo says ‘He who opens a school door, closes a prison door’.

She encourage girls to seek knowledge because is power and urge them not to kowtow to lies that a women is meant for the kitchen and baby nursing alone.

A speech delivered by Mr. Selorm Atsu-Amedoadzi Yaw indicated that According to Millennium Development Goal 2, every child must be in school by the end of 2015 but it seems Ghana is losing in this because one in three girls in low and middle-income countries like Ghana are married by age 18 and children of African women with less than 5 years of school have a higher mortality rate.

He pointed out that the causes of early child marriage is because parents see girls as burden on the family so they give them out for marriage to relieve them of this burden. He said, poverty is a major reason why parents give their daughter in marriage in order to reduce family expenses by ensuring they have one less person to feed,clothe and educate. On the part of the man, the dowry is also less because the bride is young and uneducated.

He enumerated several effects of early child marriage which include:

· The problem of poverty worsens because the young girl becomes a burden on the man who would have to work alone to feed both his wife and children.

· They would end up giving birth to many children whom they cannot take care off because they married early.

· Domestic violence: more men are more likely to beat their wives because they see them to be young and uneducated and for that matter don’t know anything about the law

Mr. Selorm noted that when girls avoid early marriage and stay in school, they would make a greater contribution to their families and communities in a long term. This would make them more responsible.

Giving meaning to the theme for discussion young women present at the open forum called upon Governments to give better opportunities girls especially those in the rural areas by investing adequately in Education, Health and Economic activities in their community.

The girls also noted that, rural girls need equal opportunities in education so that they can contribute their quota in their communities for national development.

"When the voice of the people become so loud the government has no alternative but to listen" Martin Luther King Jnr.