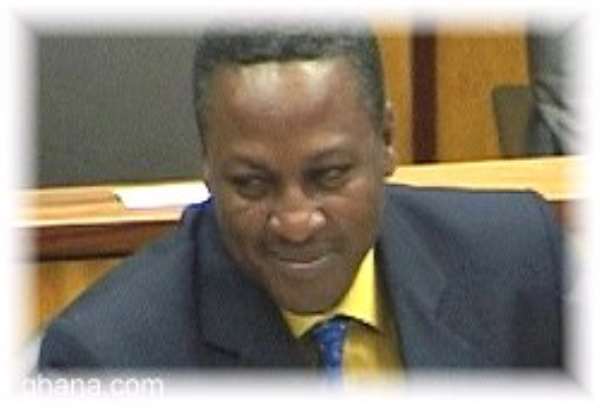 I love creativity! There is a saying that the future belongs to creative minds. One of the reasons why President Mahama is so much dear to my heart is his “Thinking Outside the Box” concept.

Under President Mahama, so much has been done in the area of infrastructure which of course is the foundation on which every facet of the economy stand. In other to move Ghana to another level, there is the need to create employment for our teeming youth: and I believe that government can create at least ONE MILLION JOBS every year by “thinking outside the box.”

Going into any business, what one needs is capital – fortunately for us as a nation we have abundant fertile land that could form about 60% of the capital one needs for a lucrative agriculture venture. The 40% remaining capital which would be money should also not be a problem.

It is never true that our youth never want to go into agriculture; they will go into any venture that is lucrative. The fact that some of them would want to do galamsey, a more laborious and risky venture is a justification of the point I’m trying to make. We only have to make agriculture attractive, and our youth will jump over themselves to do it.

For instance, I have a dream of an “Educated Farmer” concept where young graduates could be encouraged to go into farming taking advantage of modern technology. Can you imagine an “educated farmer” in his farm with his tablet or ipad networking with other farmers globally on modern ways of farming; and government arranging exchange programmes for them?

One may ask how such programme could be funded. It is simple! I have stated in my previous articles that our MMDAs are capable of taking off some burden from Central Government by funding major programmes in this country. I want to reiterate that most property owners in this country do not pay annual property rates, and majority of buildings do not have building permits. An average of 5 million Ghana Cedis can be generated in each MMDA in this area, and this could be made even easier if President Mahama’s vision of having all streets named and houses numbered in this country is taken seriously.

Conservatively there are about 6 million properties scattered throughout the country. Assuming that an average of GHC100 is collected annually as property rates, the country will get GHC600 million every year. Property rates collection has never been given the necessary attention in this country. My evidence: I have lived in different houses for for more than 30 years and no-one ever came asking for property rates.

A research I did in my district – Kwaebibirem indicated that there are 15,000 properties in the district. Interestingly, out of this figure, an astonishing 10,000 do not have building permits. So, assuming an average of a one-time payment of 500 Ghana Cedis is collected, a whopping 5 million Ghana Cedis would be realised. An arrangement could be made for those who can’t pay in a lump sum to pay for example 5 Ghana Cedis a week; and assuming everyone opt for this payment plan, with some level of education, 50,000 Ghana Cedis could be received every week; not even talking of the annual fees for property rates. This could create a lot of jobs for the youth over there. And if this is replicated in all the MMDAs in the country, unemployment can end soonest! In conclusion, I want to provoke you with a quote by the Late Maya Angelou, “You can’t use up creativity. The more you use, the more you have.”