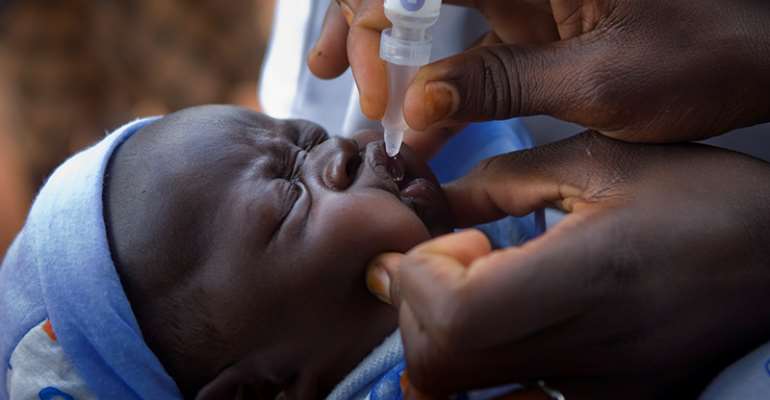 ABUJA, Nigeria, June 16, 2015/African Press Organization (APO)/ -- The continued fight to stamp out polio will receive an additional $40.3 million boost from Rotary (http://www.rotary.org) to support immunization activities and research carried out by the Global Polio Eradication Initiative (http://www.polioeradication.org). Rotary grants these funds to the World Health Organization (WHO) and UNICEF for polio immunization, surveillance and research activities in 10 countries.

The funding commitment comes at a critical time as Nigeria – the last polio-endemic country in Africa – approaches one-year since its last case of polio, which occurred in Kano State on 24 July, 2014. If the current progress continues, WHO may remove Nigeria from the list of polio-endemic countries as early as September. In addition to the notable progress in Nigeria, no new cases of polio have been reported anywhere in Africa since August 2014.

Experts do, however, strongly caution that it is too soon to fully celebrate. Nigeria needs to go an additional two years without polio to be certified polio-free. Funding and support for high-quality immunization campaigns and surveillance activities will be key to sustaining current gains.

“We are closer than we've ever been to wiping out polio,” said Mike McGovern, chair of Rotary's International PolioPlus Committee. “Although there has been noteworthy progress made against the disease, children remain at risk. Rotary – along with our partners – must continue to stay the course and remain steadfast in our plight to eradicate polio. These funds will help boost our efforts to combat polio worldwide.”

The only two other polio-endemic countries, Pakistan and Afghanistan, continue to experience hurdles in polio eradication campaigns including inaccessibility to children and security. Last year, Pakistan saw an outbreak which resulted in more than 300 cases, the highest number in the country in more than a decade. As a result, Pakistan accounted for almost 90% of the world's cases. However, there has been improvement in 2015. Cases are down nearly 70% over this same time in 2014.

Progress against polio, while significant, remains fragile. Rotary's funds will support immunization efforts in: $9.9 million in Nigeria; $12.2 million in Pakistan and $2.3 million in Afghanistan.

Rotary launched its polio immunization program PolioPlus (http://www.endpolio.org) in 1985 and in 1988 became a spearheading partner in the Global Polio Eradication Initiative with the WHO, UNICEF, and the U.S. Centers for Disease Control and Prevention. Since the initiative launched in 1988, the incidence of polio has plummeted by more than 99 percent, from about 350,000 cases a year to less than 400 confirmed in 2014.

Rotary's roles within the initiative are fundraising, advocacy, and social mobilization. To date, Rotary has contributed more than $1.4 billion and countless volunteer hours to fight polio. Through 2018, every new dollar Rotary commits to polio eradication will be matched two-to-one by the Bill & Melinda Gates Foundation up to $35 million a year.