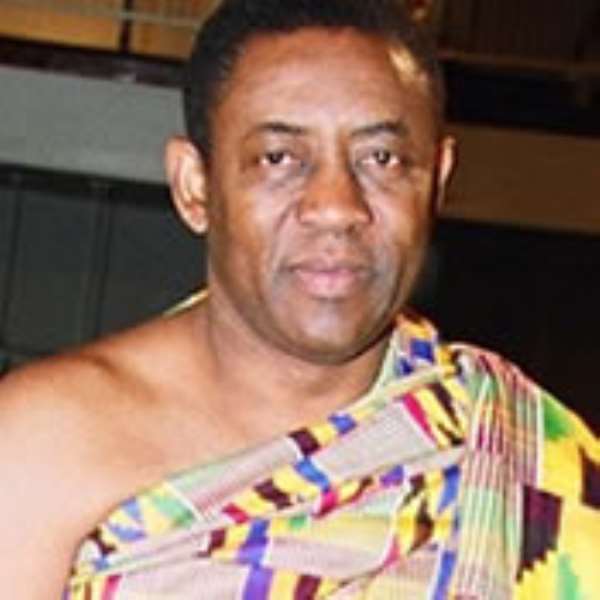 A STRONG WIND of change blew aside scores of sitting MPs of the opposition New Patriotic Party (NPP), especially in the Ashanti Region where not less than 15 MPs lost the party's parliamentary primaries, held on Saturday.

The primaries produced some interesting results, leaving in its wake an avalanche of casualties.

Like a raging tsunami, it swept away some high profile sitting MPs with a shocking wave that left many wondering what must have gone wrong.

In all, 23 sitting MPs crashed out, losing their re-election bids to virtually new pairs of hands.

Back in the capital, MP for Ablekuma North, Joe Appiah and his colleague from Weija-Gbawe, Rosemond Abrah also took the fall, while Gifty Eugenia Kusi could also not survive the contest in Tarkwa-Nsuem after being in Parliament for three terms.

MP for Asunafo North in the Brong Ahafo Region, Robert Osafo-Mensah could also not withstand the test of time like his colleague MP for Tatale Sanguli in the Northern Region, James Cecil Yanwube.

Interestingly, Minority Leader in Parliament, Osei Kyei-Mensah Bonsu, who had been widely tipped to lose the Suame primary, managed to pull a surprise by beating his contenders by a wide margin, but obviously not without the support of some colleague MPs and leading members of the party, who went all out to campaign to save him from the embarrassing defeat.

Surprise Package
What seemed to have surprised many was the election of 22-year-old second year law student at the Kwame Nkrumah University of Science and Technology (KNUST), Francisca Oteng-Mensah, as the party's Parliamentary candidate for Kwabre East.

She is said to be the daughter of businessman and owner of Angel FM, Kwaku Oteng.

Francisca is also a director of Angel Group of Companies, owners of Angel FM, Angel Complex Schools, and Angel Herbal products among others. She beat incumbent Kofi Frimpong, stoking fresh debate on social media, especially facebook, about her ability to combine studies with parliamentary business and her level of maturity, which questions many have treated with contempt and disdain. She is even said to be more than 22 years as was initially put out, with other news portals quoting 26 years as her age.

She is the daughter of businessman Kwasi Nkansah Boadu, who owned the collapsed Melcom building in Achimota, Accra, some time ago and niece of businessman and petroleum magnate Dr Kwame Kyei of Unity Oil fame.

New Entrants
The polls also saw the election of some new parliamentary candidates, mostly youth, who would be leading the party in various constituencies across the length and breadth of the country for the 2016 campaign.

Notable among them was the election of former broadcaster and young entrepreneur Kojo Oppong Nkrumah as parliamentary candidate for Ofoase-Ayirebi in the Eastern Region as well as marketing expert Nenyi George Andah for Ewutu Senya West to give Hanna Tetteh, the Foreign Affairs Minister, a hot chase.

Kankam was Anane's boy until they fell out. What caused more embarrassment for Dr Anane was the fact that Stephen Amoah, another of his boys, even finished second ahead of him, as he placed third, despite the fact that a fourth contender had stepped down for him.

The Minority Leader, Osei Kyei-Mensah Bonsu, whose Suame seat was under siege, won massively with 283 votes, with Kwadwo Boateng Genfi, who was seen as a threat to the seat, settling for second position with a meagre 89 votes.

Madam Patricia Appiagyei aka 'Mama Pat', the Asokwa MP, also retained her seat after defeating Maxwell Kofi Jumah, who was cooling off in police cells for allegedly destroying election materials.

Dr Mathew Opoku Prempeh of Manhyia South, Dr Anthony Akoto Osei, Tafo/Pankrono and five other MPs in the region retained their seats without sweat, as nobody contested them.

Accra
In Ablekuma South, Lawyer Jerry Shaib secured 376 votes to beat two others, Bernard Brown and Samuel Lartey, who managed to get 153 and 53 votes respectively, while in neighbouring Odododiodioo, Nii Lante Bannerman secured 356 votes to beat former MP for the area, Lawyer Reginald Niibi Ayibonte, who got 333, and Ahmed Tackie, to become the candidate.

At Ayawaso Central, Henry Quartey was retained with 475 votes representing 74 percent of the votes, against Vida Koranteng, who polled 140 votes and Carl Dey, 20 votes.

Akufo-Addo's Confidence
Results of the polls seemed to have given NPP flagbearer, Nana Addo Dankwa Akufo-Addo, a glimmer of hope for the 2016 elections.

In a congratulatory message to all aspirants who contested in the race, he noted that 'the high level of participation, enthusiasm and camaraderie that the elections generated among our activists gives an indication of our collective energy and commitment to the struggle ahead in 2016.'

According to him, a great majority of Ghanaians considered the NPP the obvious alternative to the failing government of the Mahama-led NDC, and that 'it is for us to show them that we can win the 2016 elections, so that we can take our nation out of the desperate conditions into which she has been plunged and put her back onto the path of progress and prosperity.'

He therefore appealed to the rank and file of the party to forge ahead, in a united manner, in their quest to restore hope to Ghanaians.

That, he said, was a sacred duty.
Congratulatory Message
'I congratulate all party executives, delegates and aspirants for the peaceful, credible, efficient and successful manner in which the elections, the last in the series of our internal contests, were conducted. They were exciting and competitive,' he said.

For him, 'internal party contests are not about winners and losers. They are about the party winning.'

In the true spirit of the party's tradition, Akufo-Addo therefore urged all party members and sympathisers to 'rally behind their respective parliamentary candidates to strengthen further our resolve and singleness of purpose to capture power in 2016.

'I also respectfully appeal to those who were successful on the day to reach out and bring on board their fellow aspirants who did not win,' he said, while urging unsuccessful aspirants to also reciprocate the gesture.

To the sitting MPs who lost, the NPP flagbearer said, 'I applaud their service to our party and nation and ask them not to be disheartened. They have important roles to play in the forward march of the party.'

"I want every Okada driver to be a billionaire" — ‘CODA Dri...
2 minutes ago