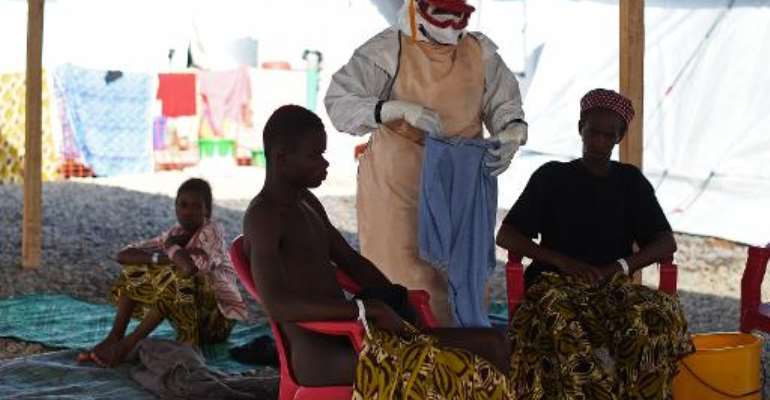 A health worker is seen assisting Ebola patients at the Kenama treatment centre in Sierra Leone, in November 2014. By Francisco Leong (AFP/File)

Dakar (AFP) - Health authorities are repeating the mistakes of the past in combatting Ebola, more than a year after its onset in Guinea and Sierra Leone, the international president of Doctors Without Borders (MSF) warned.

Joanne Liu's remarks on Saturday come a day after Sierra Leone imposed a three-week daytime curfew in the last Ebola-hit areas in a bid to curb a resurgence of the deadly virus, which has killed about 3,900 people in the country.

Neighbouring Liberia was declared Ebola-free in May, but hopes that Sierra Leone and Guinea would quickly follow suit have been dashed in recent weeks.

"We are still making the same mistakes as we did in the past," said Liu.

"We know now that engaging the community in the response is essential," she added. "But we also know that leadership at the government level... is absolutely essential."

Liu said that when "certain political interests are prioritised over the response to the epidemic, this does not work," an apparent reference to Guinea, where the issue of combatting Ebola has been a subject of debate between President Alpha Conde and the opposition.

The World Health Organization (WHO) said on Wednesday the retreat of the virus "has stalled", after a second consecutive weekly increase in incidences of Ebola in Guinea and Sierra Leone.

One of the deadliest viruses known to man, Ebola is spread only through direct contact with the bodily fluids of an infected person showing symptoms, such as fever or vomiting.