Empower us to end perennial flooding - Ghana Institution of Surveyors 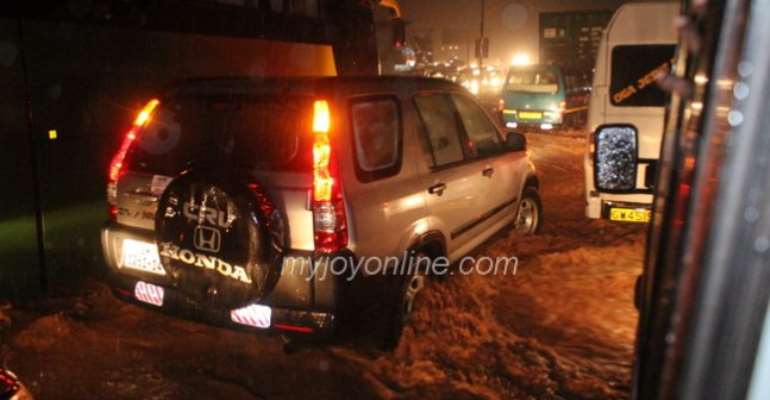 The Ghana Institution of Surveyors is impressing on government, the need for surveyors to be placed at the centre of the agenda to end the country’s perennial flooding.

The institution is making the case following last week’s flooding in the capital which led to the loss of several lives as well as businesses.

According to the Ghana Institution of Surveyors, the perennial flooding in most parts of the country could be averted if surveyors are empowered to occupy their rightful place in the country’s infrastructure development process.

The Head of the Public Affairs Committee, Humphrey Amegadoe said its about time the country resolved to do the right things and allowed those with the right expertise to lead the development of the nation with knowledge.

“To prevent the flood, we are the first to consult because we should give you the base-map and the water ways. So for prevention and remedies to low-lying areas which Accra has a lot, for which reason the flooding occurs, we can help”

The Institution in this light want a desk created for surveyors at the office of the president. This, the institution believes would give practitioners the needed impetus to drive the agenda to end the perennial flooding.

The institution is therefore challenging government to emulate other countries that have made giant strides in this bid.

“If you go to other countries, the surveyors have a desk close to the corridors of power and they are listened to. Surveyors are key in managing and finding remedies to floods. If you give us that prominence, we are able to forestall any unwanted casualties. If we get a desk at the Presidency where we are consistently advising the President, he’ll speed up these processes in a matter of time to end the perennial flooding” Mr. Amegadoe noted.

The Ghana Institution of Surveyors has however expressed its condolences to the families of the compatriots who have lost their dear lives in the flooding on that fateful Wednesday. The Institution of has therefore promised to look for funding and give a base map immediately for areas which are flood-prone in Accra as part of its contribution in addressing the problem of haphazard development and disasters of this proportion.