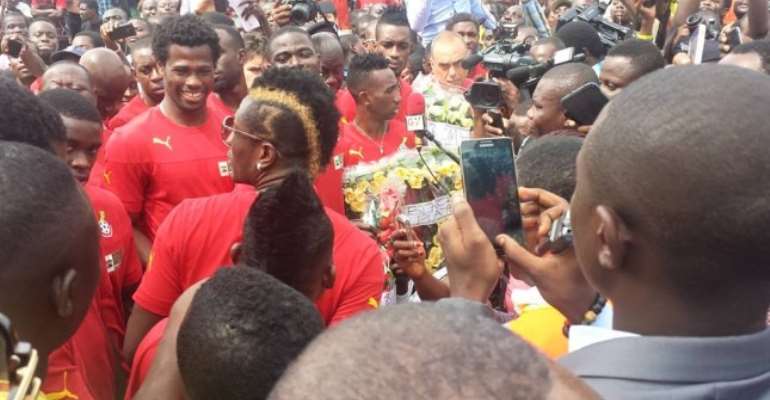 The Management Committee of the Black Stars, together with the technical team and the playing body have donated an amount of fifty thousand Ghana cedis (GHC50,000) to the victims of the June 4th Flood Disaster Victims.

Deputy General Secretary of the Ghana Football Association, Ibrahim Saanie Daara said in a statement that the Black Stars share with the victims in the tragedy and are therefore donating the money to relieve the victims of what they lost.

They also prayed for the deceased who passed on as a result of the flood disaster.

Meanwhile the players who feel tensed pray to beat Mauritius by a big margin to set the road to AFCON 2017 on a smooth note.

Coach Avram Grant led the players to the site and it was a pathetic experience as the players were in a state of shock and panic.

They however praised God and beg for His forgiveness, so that Ghana will shine again.

National Coordinator of the National Disaster Management Organization (NADMO) also tasked the Black Stars to win massively against Mauritius on Sunday for those who passed on during the flood disaster that engulfed the country.

Brigadier Francis Vibsanziri acknowledged the donation of the black stars and thanked the management committee, the playing body and the technical team for the venture and tasked the team to win massively on Sunday for the deceased and the victims of the disaster.

“On behalf of my organization, I wish to express our gratitude to you for your gesture and to task the playing body to win massively on Sunday to make Ghanaians happy. That is the only way we can appease the dead and those who lost their property”, Brigadier Vibsanziri expressed. 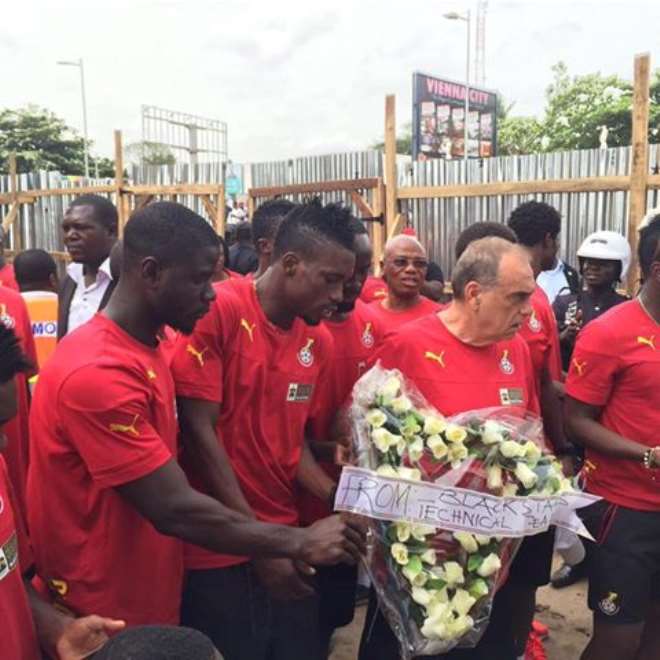 Ghana Becoming Most Digitized Economy In Africa – Bawumia
51 minutes ago