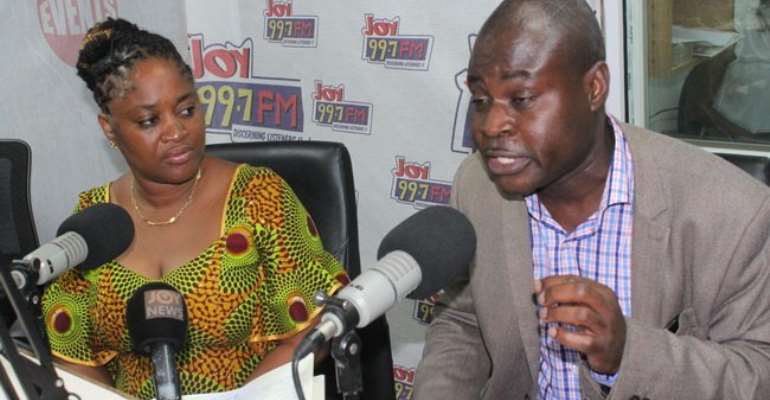 Two experts are lost for words at how Ghana can reject a great opportunity to transform its economy through pharmaceutical trials for an Ebola vaccine.

Professor Alex Dodoo and Susan Amankwah have touted the social and economic benefits of an Ebola Vaccine trial scheduled for the Volta region.

It was expected to involve 16 Ghanaians. Explaining the trials, Ebenezer Dodoo said four countries, Ghana, Uganda, Tanzania and Kenya were contributing a total of 70 volunteers into an African pool.

With the rejection of the trials, Ghana will not be able to develop a vaccine and much worse, if ever a vaccine is found, Ghana will go down the pecking order of countries favoured to get vaccine in case of an outbreak.

He reminded Ghanaians to appreciate the reality that Ebola was closer to Ghana.

The United Kingdom was the first country to test for Ebola vaccines yet “they are far from Ebola as we are from the moon figuratively speaking”.

The disappointed professor ruled that Ghana “missed an opportunity to be involved in something which is important for our national security”.

Breaking down the elements of Ghana’s loss, he said clinical trials invariably result in a transformation of the pharmaceutical sector because a lot of investments will be made into the country.

This is how Switzerland makes $66billion a year from pharmaceutical exports. The figure, he noted, represents one-third of the country’s GDP.

“Any country with a strong pharmaceutical industry presence is able to produce the medicines and vaccines they need and they are able to export it. It raises money and indeed you can look at the figures, and you will notice that exports are high, GDP is high and most importantly, life expectancy is high”, Dodoo emphasized.

"Now that we must be assertive our policy makers are telling us that they don’t even know how the process works. I must say am very disappointed. Let the technocrats do their work," he stated.

Professor Dodoo pointed out that the trials which is in three phases would have ended up leaving Ghana with critical world class pharmaceutical infrastructure.

He wondered how Ghanaians expect Korle-Bu Teaching Hosptials and other health centers to fund improved service delivery when Ghana is shying away from conducting clinical trials.

“How are we going to raise money without getting involved in world-class study?” he queried, adding, “God has given us wisdom to be proactive.”

He criticized the rejection of vaccine trial saying without trials there was no way to get antidotes to about nine diseases including the childhood killer diseases.

The trial was to be in three phases with the final phase expected to involve about 3,000 volunteers.

Susan Amankwah also explained, it was a “moral duty” for Ghana to host the trials because even Australia has contributed to getting a vaccine.

But it is even more in Ghana’s national interest because pharmaceutical giants often refrain from investing in vaccines for Africa because the continent is too poor to pay for them.

In this case however, the American government has underwritten the vaccine trials meaning there is international pharmaceutical motivation to work for a vaccine.

The US government, he said, did this because it fears that without a vaccine, if an outbreak happens in Africa again it could spread to western countries.