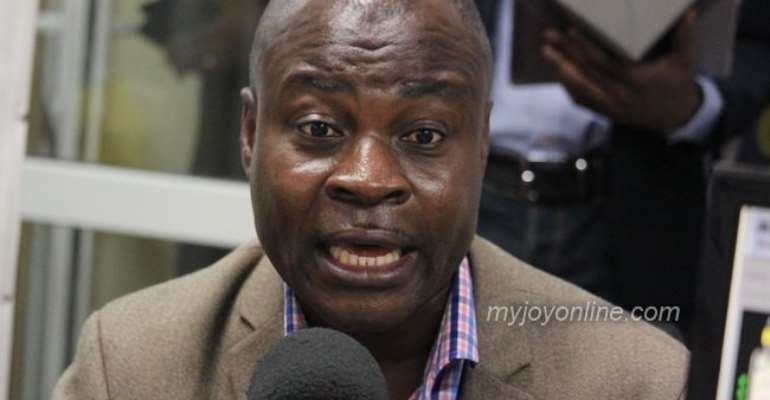 Associate Professor of the University of Ghana Professor Alex Dodoo has condemned the reaction of politicians to an Ebola Vaccine trial in Ghana after Parliament ordered its suspension.

“People have gotten it so wrong and it is sad. It is sad for the country, it is sad for science” he lamented.

Parliamentarians took turns yesterday to condemn moves to have an Ebola Vaccine trial in the Volta region.

Some parliamentarians condemned the trial and suggested that it be tried on “mice, rabbits and chimpanzees”.

According to an MP, God has protected us from the deadly virus and therefore there was no need for the exercise. MP for Asokwa Kobina Tahir Hammond described the incentive of 200 cedis and a mobile phone for volunteers as “silly”.

Discussing the matter on Joy FM's Super Morning Show Thursday, two experts, Alex Dodoo who is with the World Health Organisation and Certified Clinical research Coordinator , Susan Amankwah explained that there is nothing wrong with conducting the trials because extreme care is being taken to guarantee public safety.

It is undergoing a very rigorous process to meet international standards, she added.

Susan explained that the Food and Drugs Authority (FDA) which is the launch pad agency for implementing the trials, is working with highly experienced and qualified lawyers, biochemists, doctors of global repute to ensure that “welfare, rights and safety of participants” are guaranteed.

Susan added that the process to get approval takes considerable time.

“It didn’t happen yesterday the protocol wasn’t submitted to FDA just one day and they came and said it is okay. It was submitted to them last November”, she clarified.

In effect, “nobody is bringing Ebola to Ghana”, Professor Dodoo stressed, dismissing public fears about the potential introduction of one of the most deadly virus in contemporary times.

The FDA, he revealed had only been given a “temporal approval” for the trials in the Volta region.

Reserving his shock for parliamentarians in particular, Professor Dodoo regretted that politics should seep into technical issues and usurp a clinical trial for an Ebola vaccine.

“What shocked me it that, I heard Member of Parliament say that, do we have systems. Does the Member of Parliament not know that we have the FDA which is being regulated by the Public Health Act of 2012 and that, that organization is mandated by our laws to carry out clinical studies? If these members of parliament had just taken the most casual of checks with the body licensed to do this”.

He suggested that the Health Minister on his own cannot suspend the trial without recourse to the technocrats working on the it.

If the Minister is able to do this, “then something is very wrong with Ghana. This is the problem with Ghana. The politicians are beginning to usurp what should be technical issues, instead of seeking clarification”

The Professor noted that US and Canada face no threat from the disease that wiped out about 10,000 people in West Africa.

This is because these countries have developed their own vaccine, ZEMA, to fight Ebola.

“If Ebola should be in Ghana, what do we have to use?” Professor Alex Dodoo wondered.

The death toll from West Africa's Ebola outbreak passed 10,000, according to a March report released by the World Health Organization as reported by Reuters.

Reuters explained that Liberia recorded the most deaths with 4,162. Sierra Leone is the second worst-hit nation with 3,655, and Guinea has recorded 2,187 dead, according to the data.

The deadly hemorrhagic fever reached Senegal, Nigeria and Mali but was contained there. A handful of cases have also been recorded in the United States, Spain and Britain.