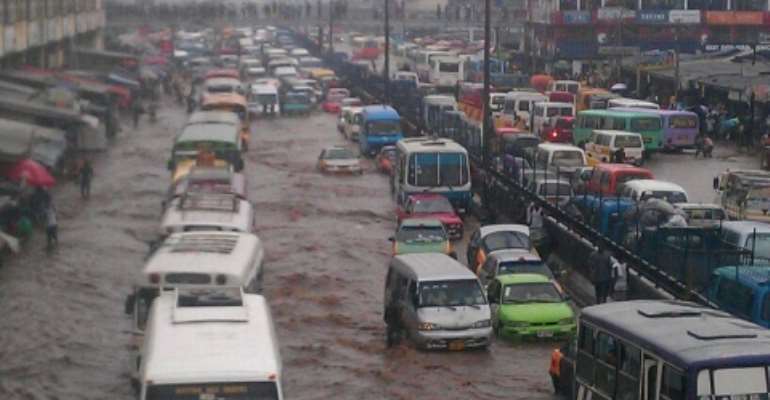 In a press release on the subject the Institute said that 'the government of Ghana is highly responsible for the entire catastrophe for lacking the sense of urgency in handling the drainage systems within the national capital, Accra.'

FONAA-USA recalled that 'the parliament of Ghana approved the $660m agreement between the government and the Conti Engineering Company in 2013 under the leadership of President John Dramani Mahama' and lamented that nothing has come out of it.

The incumbent government it went on has further exposed itself as one that is out of touch with the realities of the suffering of the ordinary Ghanaian.

FONAA disagreed with the government that the perennial flooding in Accra is a natural phenomenon querying it also for what in its opinion, is its inability to issue timely emergency alerts coupled with non-provision of emergency response rescue teams.

'The Institute does not only consider the government's stance unacceptable but also a lazy man's thinking as well as a ploy to cover up its inefficiency, incompetency, insensitivity and lukewarm attitude to pressing national issues' FONAA said.

It has therefore called on President Mahama to unfurl all the emergency flood containment systems and release the approved loan facility for the comprehensive implementation of the drainage system in Accra.

FONAA prayed for the souls of the perished ones and pointed out that 'we are one people created by God with a common destiny to succeed as Ghanaians. Every single soul is too precious to lose. We also commend the security services of our dear nation for being up to the task in such a trying moment of our country.'