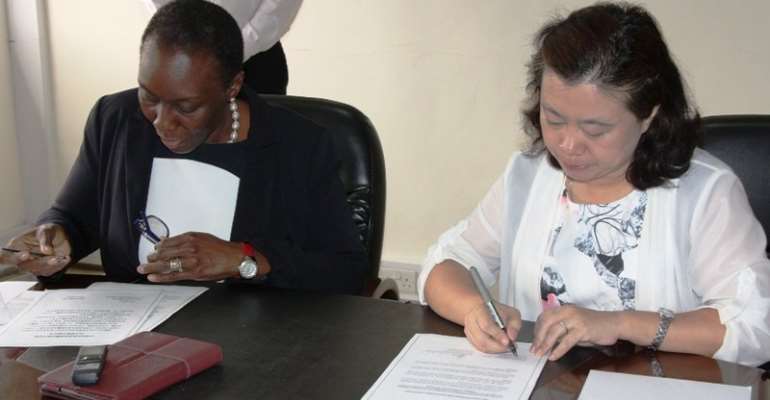 Accra, June 10, GNA - The Chinese Embassy on Tuesday donated office equipment to the Ministry of Justice and Attorney General to facilitate operations at the Ministry.

Presenting the items, Ms Sun Boahong, the Ambassador, said this year marks the 55 anniversary of the establishments of diplomatic relations between Ghana and China.

'Over the past 55 years, our bilateral relations have kept strong momentum of growth and yielded abundant results to the interest of peoples of our two countries,' she added.

Ms Sun said both countries are law-based and have worked tirelessly to advance rule of law, adding that it is imperative to administer and regulate the exchange and cooperation through legal means and ensure that the legitimate interest would be protected.

She called for the need to intensify exchange on governance experiences, learn from each other the useful references and implement the rule of law in its bilateral cooperation.

The Ambassador requested government to recommend an official to attend the China-Asian-African Legal Consultative Organisation programme organised by the Xiamen Academy of International Law in China.

She indicated that the long-standing friendship between the two countries is a strong guarantee for legal and judicial cooperation.