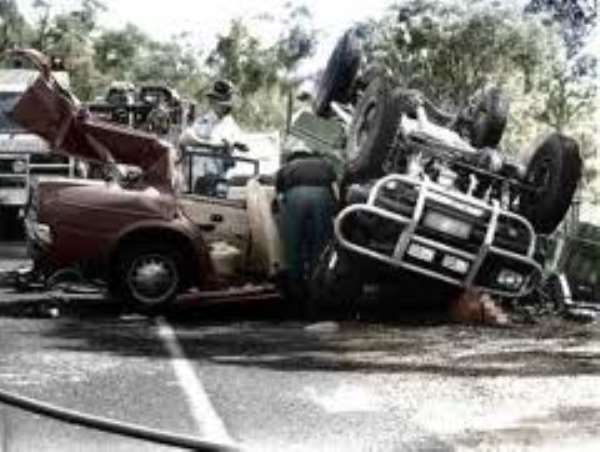 Sunyani June 10, GNA - Eight people including two children and two pregnant women on Monday perished in an accident on the spot at Atebubu in the Brong- Ahafo Region when two Taxi cabs collided head on.

Assistant Superintendent of Police (ASP) Christopher Tawiah, Brong-Ahafo, the Regional Police Public Relation Officer told the Ghana News Agency on Tuesday, in Sunyani, that the accident occurred on June 8, at about 1300 hours at a section of the road between Atebubu and Edwira.

He said four of the passengers were on admission at the Atebubu Government Hospital in a very critical condition whilst the bodies of the deceased, who are yet to be identified, deposited at the Hospital Mortuary.

He appealed to the general public whose relatives travelled on that day to contact the Hospital for identification of the corpses.