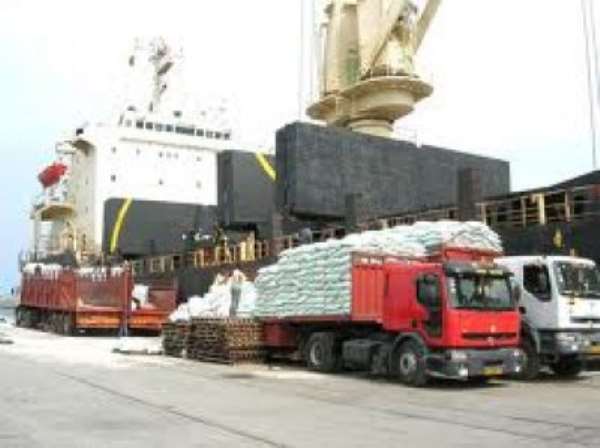 There are also costs associated with the movement of containers from the port to the off-dock terminals, and sending them back to the port for scanning as a result of lack of pre-arrival shipment information to select their appropriate risk channels.

Mrs Dzifa Aku Ativor, Minister of Transport, stated at a consultative forum on the World Trade Organization Agreement on trade facilitation in Accra.

The Consultative Forum was organized by the Ghana Shippers Authority (GSA), in collaboration with the Ministries of Trade and Industry, and Transport, and the Ghana Community Network (GCNet).

The consultative forum seeks to signify the effective collaboration among trade stakeholders in addressing the challenges that confront the Trade, Transport and Logistics Industry.

Mrs Ativor also expressed concern about the huge cost associated with the opening of every container at the port, because Customs officers still want to undertake physical inspection as they do not trust the information provided by importers.

'This cost is estimated at GH¢160 million per annum and is also paid by the same importer.

'It was in a bid to reduce these costs that the Advance Shipment Information (ASHI) was developed. Unfortunately, because of the wrong timing it was met with resistance by some stakeholders,' the Transport Minister noted.

Mrs Ativor noted that 'developments afterwards convince me even more that the ASHI is a good policy that was not only meant to facilitate trade to save shippers huge amounts in costs, but also a most appropriate tool to deal with revenue leakages in the customs clearance system.

'I am therefore confident that the ASHI has the potential to reduce these revenue leakages and to facilitate trade immensely,' she said.

The Transport Minister called for a strong tripartite collaboration among the Ministries of Transport, Trade and Finance for an effective formulation and implementation of policies in accordance with the WTO Trade Facilitation Agreement.

'This way we can tie all loose ends and ensure that the policies address the concerns of many,' she said.

The Transport Minister advised stakeholders take a dispassionate view of the nation's readiness and preparedness to implement the Agreement.

'There is no need for agencies to be too defensive in this exercise. We need to have an accurate picture of our situation, so that appropriate measures could be taken to ensure that Ghana benefits from the Agreement.

'Ghana also needs to take full advantage of the Special and Differential treatment provisions provided in the Trade Facilitation Agreement in the context of her peculiar circumstances and needs.

'We also need to look at simple measures in the Agreement that can give us maximum benefits,' she said.

Dr Kofi Mbiah, GSA Chief Executive Officer, said Ghana must strive for credibility and transparency in 'our decision making processes. It is only by doing so that we can experience the growth we crave for.

'To achieve higher growth rates, we would need to accelerate the pace of job creation and our economic diversification. A control of our fiscal deficit will be critical and we would need to monitor closely our current account deficit.

'To achieve these, we must give true meaning to Trade Facilitation and not pay lip service to same. All over the world trade has been known to be the economic driver of progress and prosperity.

'We must appreciate the contribution of logistics and trade facilitation to our developmental efforts. We must seek and find that intricate and delicate balance between taxation as an essential tool for revenue mobilization and the requisite space and flexibility that trade facilitation provides for growth and development'.

Dr Mbiah explained that the acceleration of the pace of growth could only take place through the deliberate creation of the requisite conditions that attracted foreign capital by means of Public Private Partnership Arrangements.

He said the surest way to create such conditions was through trade facilitation measures, as it had the capacity to play the needed defining role in the relationship between public and private capital.

He explained that the Consultative Forum was significant, because trade facilitation, leading to an efficient logistics chain, impacts the manufacturing and agro based industries which creates real jobs.

The Agreement on Trade Facilitation was adopted at the World Trade Organization's Ninth Ministerial Conference in Bali, Indonesia, in December 2013.

The Trade Facilitation Agreement (TFA) is essentially meant to reduce the time and cost associated with clearing goods for imports and exports, thus ensuring competitiveness for shippers and their countries.

Inefficient clearance procedures add to cost, over-zealous inspection can actually delay revenue collection, and when authorities are intent on maximizing revenue from import duties and other border taxes by checking every consignment that is to be cleared, they cause queues, congestion, and increase costs to shippers and consumers alike.

I can’t blame my visa denial to Netherlands on anti-LGBTQ+ a...
54 minutes ago