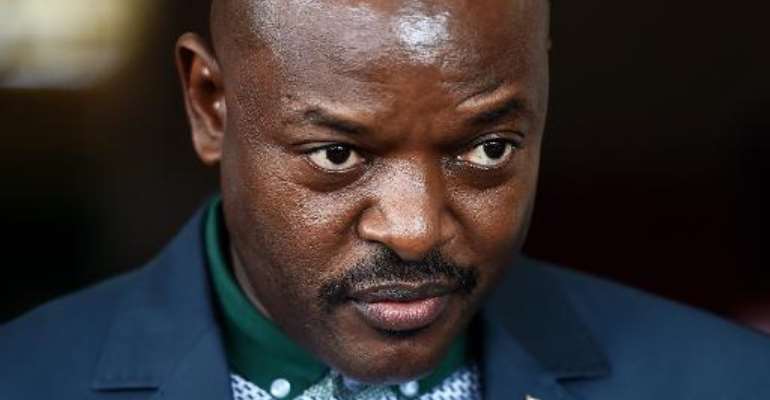 Burundi has suffered months of political and civil unrest over President Pierre Nkurunziza's controversial decision to stand for a third consecutive term in office. By Carl de Souza (AFP/File)

Bujumbura (Burundi) (AFP) - Burundi will go ahead with parliamentary elections on June 29 and a presidential poll on July 15, the presidency announced Wednesday, confirming a delay in the votes caused by weeks of civil unrest.

The troubled central African nation has been in crisis over President Pierre Nkurunziza's controversial bid to stand for a third consecutive five-year term, a move branded by opponents as unconstitutional and a violation of a 2006 peace deal that ended 13 years of civil war.

While the elections have been delayed in line with calls from regional powers so that talks between the opposition and the government can take place, Nkurunziza's spokesman repeated Tuesday that the divisive candidacy was "non-negotiable".

He also said there will be no further delays to the election calendar.

The opposition has already rejected proposals for a new timetable, saying conditions for holding fair polls were not met because independent media has been shut down and many opponents have fled the country.

The president survived a coup attempt last month and has since faced down international pressure, including aid cuts, aimed at forcing him to reconsider.

Around 40 people have died in a police crackdown on protests in the capital Bujumbura, and nearly 100,000 Burundians have sought refuge in neighbouring countries.