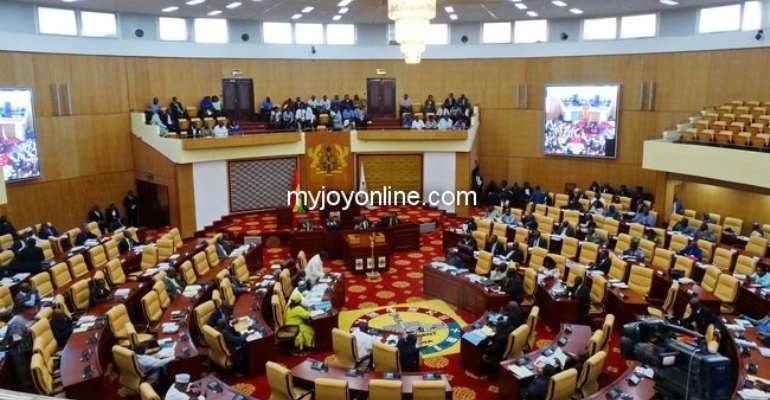 Parliament has hinted it will invite Finance Minister Seth Terkper, Local Government Minister Alhaji Collins Dauda and AMA Boss Dr. Alfred Oko Vanderpuije to brief the House on the status of a $663,299.496 facility meant for the construction of the Accra Sanitary Sewer and Storm Water Drainage Alleviation Project, popularly referred to as Conti Project.

Parliament in October 2011 approved the loan with the Export-Import (EXIM) Bank of the USA and Standard Chartered Bank to dredge the Korle Lagoon and construct of a massive drainage system to avert floods.

The project, expected to be executed in phases involves the desilting and dredging of the Odaw stream starting from the Korle Lagoon Ecological Restoration Project (KLERP), construction of an engineer sanitary landfill site where all garbage will be processed and recycled for other purposes, the construction of 50 public toilet facilities, operation and maintenance of a waste water treatment plant [WWTP] at James Town, among others.

Parliament approved the US EXIM loan because the AMA cannot borrow on its own budget.

Mr Terkper is reported to have told the Ghanaian Times newspaper that contrary to speculationS that Ghana has received the money, there are no funds in the country's account.

Speaking to Adom News, the Chairman of the Parliamentary Select Committee on Environment, Science and Technology, Simon Asimah-Edem expressed worry over the delayed and execution of the project.

Simon Asimah-Edem who also doubles as MP for South Dayi says the June 3rd flooding that killed over 150 people in Accra is unacceptable.

The MP says he feels disgraced and disappointed as an MP for approving a loan for a project that has come to has not executed.

“As a Member of Parliament of Ghana, I feel disgraced and disappointed that we wasted our time and approved a loan for a project and the project has been delayed without explanation for the appropriate institution” Simon Asimah-Edem stated.