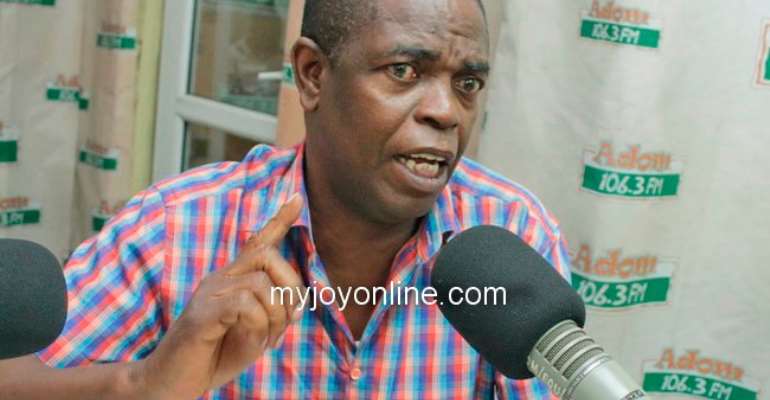 The Managing Editor of the Insight Newspaper says the AMA's decision to demolish fuel stations located in residential areas is a knee jerk reaction which will not stop the perennial flooding in Accra.

Kwesi Pratt says government cannot embark on a demolishing spree because there have been floods – a situation which could have been prevented.

“The demolition exercise is a knee jerk reaction, it solves no problem, common sense is what we should find,” he said on Peace FM’s morning show ‘Kokrokoo’.

Following floods and explosion at the GOIL fuel station at the Kwame Nkrumah Circle which caused the death of over a 150 people in Accra last Wednesday, the Accra Metropolitan Assembly (AMA) has begun demolishing fuel stations and other properties located in waterways and which were built without permits.

However, the demolishing of a fuel station believed to belong to a Member of Parliament (MP) yesterday turned chaotic after a woman stripped naked in protest against the exercise.

Mr Pratt believes that the demolition of fuel stations is not the solution.

“All over the world, there are restaurants, supermarkets at filling stations, yet disasters don’t occur. The difference is the implementation and enforcement of safety measures, the laws work."

He indicated that the removal of fuel stations from communities will not solve any problem until this is done.

“Even if we move all fuel stations to the bush and still ignore safety measures we still be having disaster after disaster. Put all fuel stations in the middle of the Sahara desert and leave an open fire there it will still catch fire”, he added.

He also said it was unreasonable for the AMA to demolish homes they claim are on waterways without prior notice to their owners.

Although he admitted that it was necessary to demolish properties built on waterways, Mr Pratt is of the view that sufficient notice must be given to ensure that “people safeguard their valuable items before you demolish. That will make more sense”.

“Demolishing for demolishing sake will help no one, we need to plan adequately before we embark on exercises of that nature”, he said.

Mr Pratt is baffled that a country which boasts numerous professors and has a university of science and technology cannot institute measures which will bring an end to a decades-old problem like flooding.

“This is a country with a university of science and technology. Have they been charged to find solutions to these problems? If they have what resources have been set aside to assist them in their findings?

“When you go to our universities, there is professor this, professor that but there is nothing happening”, he said.

He said the best way to deal with this problem is for government to work in collaboration with researchers and development experts to find appropriate solutions to the problems because the public wants real solutions.