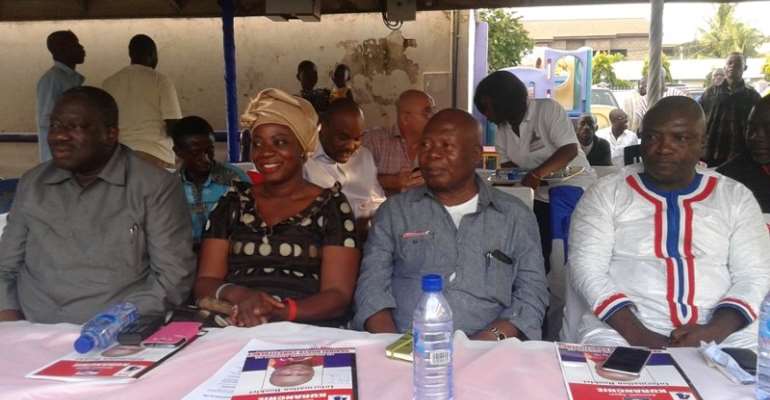 Mr Kuranchie asked NPP delegates in the constituency to give him the nod, because he was a bold man who could stand and defend the party anytime it was necessary considering how he sacrificed his liberty at the Supreme Court for the party.

He said this at the launch of his campaign towards the upcoming NPP parliamentary primaries.

'My mission is to offer a fully transparent, accessible, hardworking and visionary leadership, a leadership that charts a new direction and focus for the NPP in the constituency,' he said.

He expressed his gratitude to Mr Seth Agyei Baah, Mr Fuseini Issah and Mrs Francisca Ayorkor Boateng for gracing the occasion, even though they were contesting with him in the same constituency.

Dr Amoako Tuffour, Chairman for the occasion, said it was necessary to give the mandate to courageous men like Mr Kuranchie, who was willing to stand up for the party both in cold and hot times.

He asked the delegates to vote for him to bring a positive change in the constituency as well as the party.

Nana Akomea, Communications Director of NPP, said it was necessary for the delegates to notice how dedicated Mr Kuranchie was to serve the party and the nation as a whole, especially by establishing a newspaper to promote the developmental goals and vision of the party.

'Due to Ken Kuranchie's hardwork, he would obviously be appointed a Minister of State should the NPP come to power in 2016', he said.