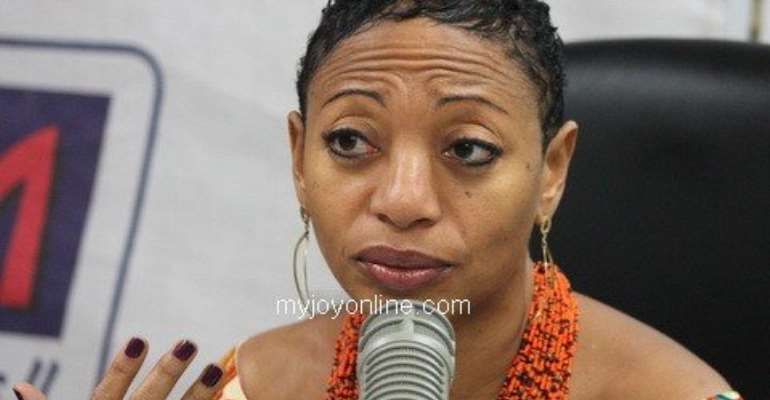 Chairperson of the CPP, Samia Yaaba Nkrumah, says her party and the PNC will form an alliance during general elections in 2016, while plans towards a full merger in 2017 are fleshed out.

She explained that the political alliance between the CPP and the PNC for the 2016 elections was to ensure the continuation of Kwame Nkrumah's vision.

"2016 will be the 50th anniversary of the illegal overthrow of Nkrumah. They stopped our father's work and in 2016 we will show Ghanaians that Nkrumah never dies," she stated.

She continued: "One of the steps we are taking to ensure that is the political alliance with the PNC. “While we are doing that, we are also consulting our leaders and party members about full merger, perhaps in 2017."

"So in 2016 the CPP and PNC will have a single presidential candidate; and the parliamentary candidates, where CPP is strong, CPP will go and where PNC is strong, PNC will go," she added.

The CPP chairperson was addressing the West­ern Regional Delegates' Congress in Takoradi on Sunday during which new officers of the party for the region were elected.

Samia Yaaba Nkrumah stressed that the political alliance between the two parties did not mean that the CPP would lose its ide­ologies or they would be sacrificed.

"Nothing will be done to compromise our great party, so if you hear any rumours don't be afraid. We are not going to sell the CPP. The CPP exists to fin­ish the unaccomplished agenda of Nkrumah," she stressed.

She charged members of the party in the region to stay solidly behind their leaders, stressing that the party should win some seats in the area come 2016.

"If some party activists are discouraged or want to give up, you in this region should stand firm because you once produced one of the best president the nation has had," she urged

The General Secretary of the CPP, Ivor Kobina Greenstreet, in an inter­view, stated that the party was trying to win back, some key seats in the region.

"This will mean that there should be strong candidates and leaders in the region to be able to prose­cute the party's agenda," h added.

According to him, due to unity among party members, the CPP was able to win the Kumbungu seat, adding that with hard work the party could regain some seats in the region.

Kwabena Tumi, a staunch member of the CPP in the region, was elected regional chairman.

He garnered 162 votes to beat his only contender, Alfred Mussey, who had 48 votes.

The newly elected regional chairman thanked the delegates for the confidence reposed in him and pledged to work for the party to regain some seats it lost in the area.

I will disappoint any MMDCE who doesn't live up to expectati...
1 minute ago