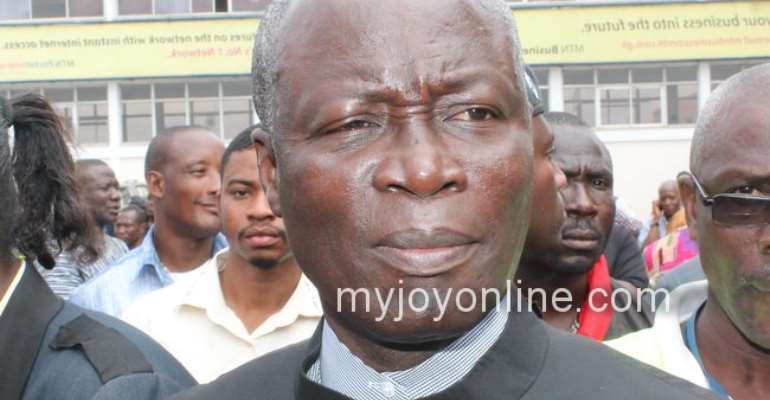 Member of Parliament for Odododiodoo has defended his decision to stop an Accra Metropolitan Assembly task force from demolishing structures in his constituency.

The Assembly has begun a massive demolition exercise across the capital following a flood disaster that claimed 100s of lives last Wednesday night.

Some have attributed the flood situation to the illegal siting of properties. Houses and other landed properties have been built on water courses, a situation which has made the capital flood prone.

The AMA and other authorities have been criticised for being selective in its demolishing exercise with others saying the AMA does not show a human face in past demolition exercises.

Wednesday's disaster appears to have given the AMA the impetuous to down properties they think are on water courses.

The task force took their demolition to Bukom in the Odododiodoo Constituency in Accra Sunday where they faced stiff resistance by some residents.

The MP of the area Nii Lante Vanderpuye later directed the task force to halt the demolition exercise.

He told Joy News most of the structures being demolished are not sited on waterways as has been suggested.

"Those structures are not permanent structures in the area. They are not in the waterway. We are talking about tables chairs of waakye sellers, kenkey sellers, lotto kiosks and the rest.

"It is only fair and proper that if even you serve notice three months ago, on the eve of the exercise you remind them of the notices earlier served.

"It is not right; it is not fair that you will just get up and demolish things without giving adequate notice," he indicated.

Whilst he admitted that demolitions must be done he said only structures on water ways must be affected.

When he was asked how he knew that the structures being demolished are not on water ways, Nii Lante said: "I am the MP for the area. I know all the areas in Accra where we have problem with floods."