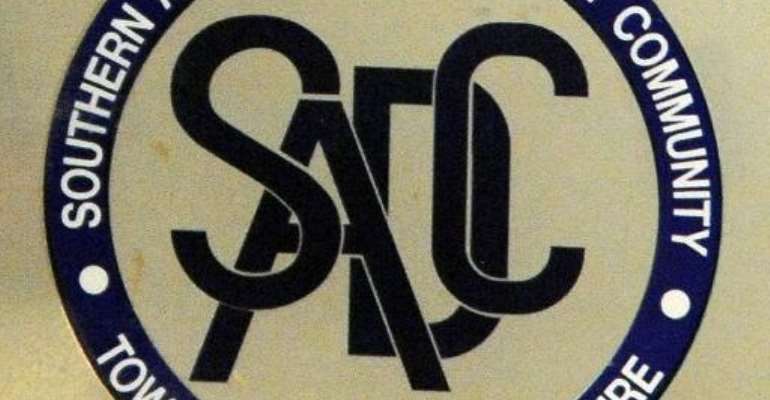 The Southern African Development Community will form the Tripartite Free Trade area with the East African Community and the Common Market for Eastern and Southern Africa. By Alexander Joe (AFP/File)

Sharm el Sheikh (Egypt) (AFP) - Senior African officials negotiating a trade deal in Egypt to create a common market across half the continent said Monday the pact was ready to be signed.

The Tripartite Free Trade Area (TFTA) spanning 26 countries is to be launched at a summit of heads of state and government on Wednesday in the Red Sea resort town of Sharm el-Sheikh.

The pact aims to set up a common framework for tariff preferences that would ease the movement of goods across the area's member countries.

The deal between the East African Community, Southern African Development Community and the Common Market for Eastern and Southern Africa would create a market with a population of 625 million and gross domestic product of more than $1 trillion (900 billion euros).

"The deal is complete and ready to be signed by heads of state on Wednesday," Peter Kiguta, the director general of the East African Community, told AFP.

He said trade ministers and officials who had gathered in the resort town from Sunday had worked out final concerns, which had included the management of trade disputes and protection for small manufacturers.

"All issues have been sorted out. Some technicalities remain but the overall agreement is now complete," Kiguta said.

Egypt's Minister of Industry and Trade Mounir Fakhri Abdel Nour told delegates Monday that the agreement would be a "monumental step" for the continent.

"It will bring together a united Africa," he said. "On top of that it will promote production and add value to our resources."

He noted that the deal would need to be ratified by national parliaments, adding: "But that effort is simpler compared to the effort that has gone in to preparing the document.

"The deal is a big step towards achieving the continent's dream... it will help in strengthening our bargaining power, create jobs and raise standards of production."

The TFTA has been widely welcomed by world business leaders, with experts pointing out that only 12 percent of trade on the continent is between African countries.

The 26 members of the three economic blocs range from relatively developed economies such as South Africa and Egypt to countries like Angola, Ethiopia and Mozambique, which are seen as having huge growth potential.