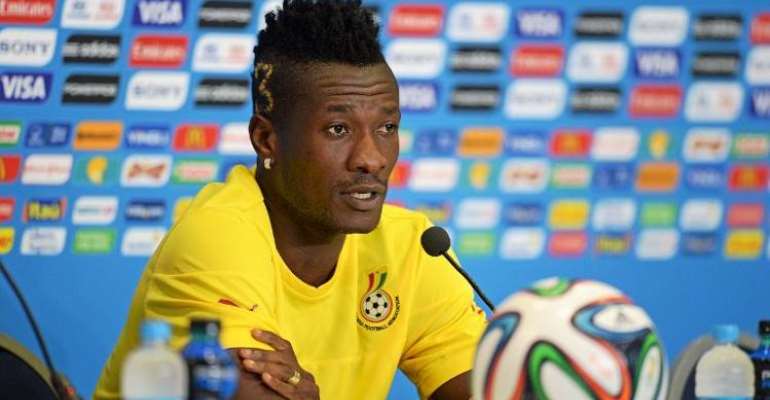 Ghana skipper Asamoah Gyan has admitted that he has been let down by the consistent injuries that has plugged his campaign.

The 29 year old has had a below par season by his own hefty standard due to a chronic injury that persisted through out this campaign.

Gyan scored 31 goals in his maiden season with Al Ain, and recorded another 29 the following season as Al Ain had full value for their investment.

The former Sunderland skipper however found his rhythm disrupted this season with injuries ensuring he failed to record 25 goals for the just ended campaign.

He admits the season has been clanged by injuries.
'If you look at the numbers it looks like a good season but I must admit I am disappointed by the way it went,' Gyan said

''  Injuries are part of the game and when they come we have to work hard to recover and come back even stronger.'

Gyan is Ghana's highest goal scorer in history with 46 goals in over 90 games.