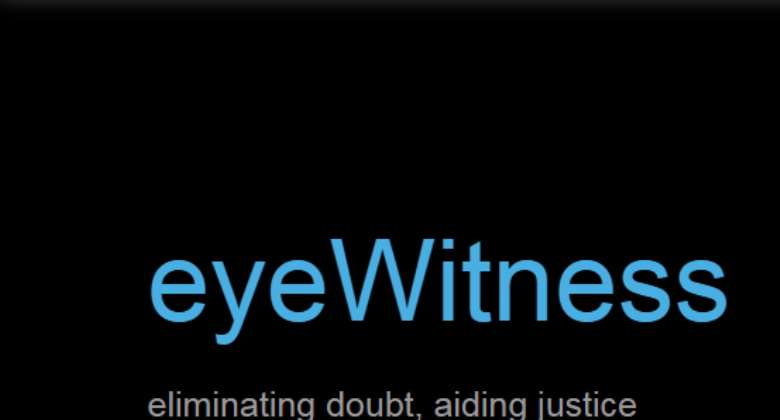 The International Bar Association (IBA), with support from LexisNexis Legal & Professional, today launched the eyeWitness to Atrocities app – a new tool for documenting and reporting human rights atrocities in a secure and verifiable way so the information can be used as evidence in a court of law.

With social media increasingly the forum for communicating human rights, many online images have raised awareness of atrocities around the world but typically lack the attribution or information necessary to be used as evidence in a court of law. Now anyone with an Android-enabled smart phone – including human right defenders, journalists, and investigators – can download the eyeWitness to Atrocities app and help hold accountable perpetrators of atrocity crimes, such as genocide, crimes against humanity, torture and war crimes.

‘The eyeWitness to Atrocities app will be a transformational tool in the fight for human rights, providing a solution to the evidentiary challenges surrounding mobile phone footage,’ said IBA Executive Director Mark Ellis. ‘Until now, it has been extremely difficult to verify the authenticity of these images and to protect the safety of those brave enough to record them. As an advocate for the voiceless, the International Bar Association is dedicated to empowering activists on the ground who are witnessing these atrocities with the ability to bring criminals to justice.’

The design of the app is based on extensive research on the rules of evidence in international, regional and national courts and tribunals. It includes several features to guarantee authenticity, facilitate verification and protect confidentiality by allowing the user to decide whether or not to be anonymous.

‘Putting information and technology in the hands of citizens worldwide has a powerful role to play in advancing the rule of law,’ said Ian McDougall, EVP and General Counsel of LexisNexis Legal & Professional. ‘LexisNexis Legal & Professional’s world class data hosting capabilities will provide the eyeWitness programme with the same technology that we use to safeguard sensitive and confidential material for our clients every day. It’s all part of our company’s broader commitment to advancing the rule of law around the world, as we believe every business has a role to play in building a safer, more just global society.’

How the App Works
When a user records an atrocity, the app automatically collects and embeds into the video file GPS coordinates, date and time, device sensor data, and surrounding objects such as Bluetooth and Wi-Fi networks. The user has the option of adding any additional identifying information about the image. This metadata will provide information integral to verifying and contextualising the footage. The images and accompanying data are encrypted and securely stored within the app. The app also embeds a chain of custody record to verify that the footage has not been edited or digitally manipulated. The user then submits this information directly from the app to a database maintained by the eyeWitness organisation.

Once the video is transmitted, it is stored in a secure repository that functions as a virtual evidence locker safeguarding the original, encrypted footage for future investigations and legal proceedings. The submitted footage is only accessible by a group of legal experts at eyeWitness who will analyse the footage and identify the appropriate authorities, including international, regional or national courts, to pursue relevant cases.

‘The IBA is proud to be spearheading the project and allocating $1 million of IBA reserves as part of its efforts to promote, protect and enforce human rights under a just rule of law,' said David Rivkin, IBA President.

The IBA is working in partnership with LexisNexis Legal & Professional, a part of RELX Group, which is hosting the secure repository, database and backup system to store and analyse data collected via the app. The IBA is also partnering with human rights organisations to put the app in the hands of those working in some of the world’s most severe conflict zones.’

‘The eyeWitness app promises to revolutionise the effectiveness of ground-level human rights reporting,’ said Deirdre Collings, Executive Director of The SecDev Foundation, a Canadian research organisation. ‘We also see the app’s usefulness for media activists in conflict and authoritarian environments who undertake vital but high-risk reporting. We’re proud to include eyeWitness in our training programme for our partners in Syria and will be rolling it out across our projects in the CIS region and Vietnam.’

The eyeWitness to Atrocities app is available as a free download for all Android smartphones.