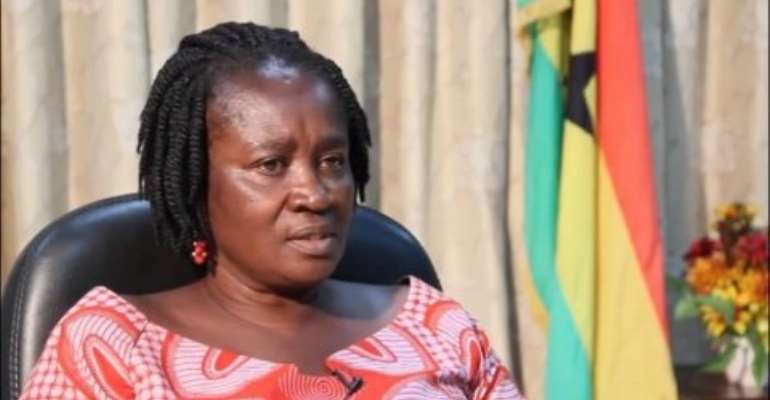 Accra, June 4, GNA - Members of Parliament on Wednesday debated the proposed establishment of the University of Environment and Sustainable Development in Afram Plains in the Eastern region, whose bill was first read in 2014.

Majority of members agreed to the proposed institution of higher learning, to address the nation's environmental challenges, and provide more human capacity for sustainable national development.

Professor Naana Jane Opoku-Agyemang, Minister of Education, moved for the second reading and adoption of the Bill, which was adopted by a majority vote.

Former Majority Leader and Member of Parliament (MP) for Zebilla, Mr Cletus Apul Avoka, in a contribution called for support for the motion, to enable the Government's promise to establish a public university in each of the 10 administrative regions in Ghana to be possible.

Mr Avoka observed the inability of many qualified students to enter into public universities for lack of adequate space, giving rise to the proliferation of private universities which attract higher fees and more patronage by foreigners.

'Members must support the Bill so that the university can take off by the end of the year,' Mr Avoka urged.

Prof Dominic Fobih, MP for Assin South, and a seasoned educationist, called for the right type of personnel to man the proposed university.

For Mr Emmanuel Kwasi Bedzrah, MP for Ho West, the establishment of the proposed university would care for the vast natural resources, and provide practical experiences in the areas of study.

'Let's expand the faculties, and not establish new ones (universities) that we cannot fund,' Dr Prempeh said.

Alhaji Amadu Seidu, MP for Yapei Kusawgu, stressed the need for the managers of education to look into the destruction of the environment, and design appropriate programmes with a holistic approach.

He was of the opinion that the main university should be in Koforidua, rather than Donkorkrom, which should be a satellite campus.

But Mr Mahama Ayariga, a former Deputy Minister in Charge of Tertiary Education, and Mr Mathias Puoza, Chairman of the Select Committee on Education, said universities everywhere whether young or old are still attracting cost, and the establishment of a new one would be less expensive.

Mr Ayariga supported the naming of the university to give it a thematic focus.

Mr Ignatius Baffour, Second Deputy Minority Chief Whip, called for care and adequate resourcing of the newly established universities so that they would not become what he called 'glorified senior high schools.'

In another development, Mr. Kweku Rickets-Hagan, Deputy Minister of Trade and Industry, was in the House to answer questions related to the Ministry.

His response to a question from Mr Robert Kwasi Mensah, MP for Achiase, that sought to know what the Ministry was doing to solve problems of marketing citrus fruits did not match what had been provided in the Order Paper.

When members sought to know why, he answered that he was adding 'flavour' to his answer.

Mr Joe Ghartey, Second Deputy Speaker and MP for Esikado Ketan, who sat in the chair, agreed to a suggestion and directed that the Deputy Minister presented his prepared answer, while the one in the Order Paper be expunged.

Answering, the Deputy Minister said the main problem was the disease that affected the citrus fruits, and that the Ministry was in arrangement with the Ghana Atomic Energy Commission and a company in Austria to irradiate the fruits to make them marketable.