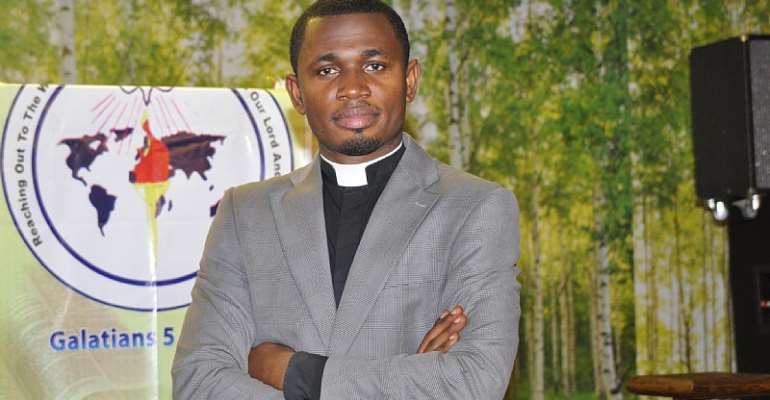 Rev. Stephen Ohene Boabeng alias Osofo Botwooo is young and dynamic man of God whom the Lord is using mightily in this end time. He is a Pastor of The Apostles` Continuation Church International who has served in Madina - Ashale Botwe assembly and odorkor assembly respectively.

He had his Diploma in Theology at Elyon Bible College - Ghana and later directed by God to send the gospel accross europe in the year 2007. He obeyed the voice of God and moved to italy in november 2007 and started spreading the gospel through revivals and radio programs and made a very big impact accross europe through the programs he was having on shepherd radio and Rabbi Radio in italy where he got his nickname ``Botwooo`` because he will not speak with you or pray for you without saying `Nyame Nhyira Wo Botwooo.

His popularity rised to the level that the word Botwooo became a house hold name to the extend that most of the people don`t even know his real name but acknowledge him as Osofo Botwooo.

He was directed by God once again to plant a church in germany so he moved to Hamburg. when he got to hamburg, he Beloved in Christ, I hereby present to you the new reigning church in Hamburg now... A.C.C.I HAMBURG ASSEMBLY headed by Rev. Stephen Ohene Boabeng alias Osofo Botwooo. the church is located at Berliner tor heidenkampsweg 32, 20097 Hamburg. they meet on mondays and wednesdays 7pm-9pm and sunday service starts at 2pm-5pm.

started preaching on heros radio Hamburg, and ghanawaves radio bremen all in germany where he still preaches the gospel now. Because he was on a mission to do what God has asked him to do by planting a church, he started the church with one person and named it ...THE HOUR OF MANIFESTATIONS MINISTRIES, it is the reigning church in hamburg now. when the name of the church came out, He received a call from Pastor Kofi Gyimah and Apostle Samuel Adjei who is greater accra regional Apostle and also serve as the International Missions Director of The Apostles Continuation Church international who happens to be his His spiritual father who braught him up in the misnistry.

They spoke with him to change the name of the church to The Apostles Continuation Church International because he is still their pastor. He listened to the advice and changed the name of the church from THE HOUR OF MANIFESTATIONS MINISTRIES to THE APOSTLES` CONTINUATION CHURCH INTERNATIONAL HAMBURG ASSEMBLY C. This new church is the third branch because the church already has two branches in hamburg, A.C.C.I. Assembly A` at Munsburg, and A.C.C.I Assembly B` at Reubenkamp all in hamburg.

May I take this opportunity to introduce to you the newly reigning church in hamburg at the moment... THE APOSTLES` CONTINUATION CHURCH INTERNATIONAL Hamburg Assembly C` headed by Rev. Stephen Ohene Boabeng alias Osofo Botwooo.