4 interdicted at GBC Over Ghanair story 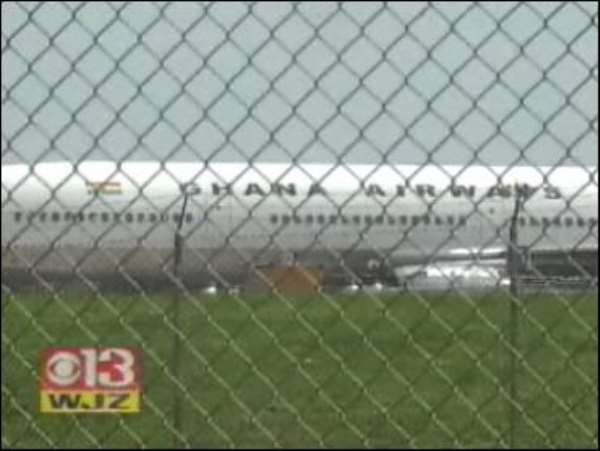 Accused of denting the reputation of airline Four persons, including the Director of Television at the Ghana Broadcasting Corporation (GBC), Kofi Bucknor, have been interdicted. The other three are Francis Sasu, Show Editor, Head of Business Department, Nana Yaw Duodo, head of Business News Department, and Solomon Ayiah, news presenter. Information gathered yesterday indicated that their interdiction had to do with a GTV story about Ghana Airways, which the authorities described as denting the reputation of airline, as well as the government of Ghana. GBC had reported that the Four-member task force of the national carrier, Ghana Airways had thrown out the proposal submitted by the American-based Ghana International Airlines (GIA) to partner the troubled airline. This was later found out to be false, since government sources have confirmed GIA as the chosen strategic partner for Ghana Air. Initial report was that the story was taken from the internet, but was not cross-checked with Ghana Airways. Management of the airline reportedly demanded a retraction, which was done. Attempt to crosscheck from GBC Director-General, Ms. Eva Lokko, failed as her mobile phone repeatedly said her number could not be reached at that moment.