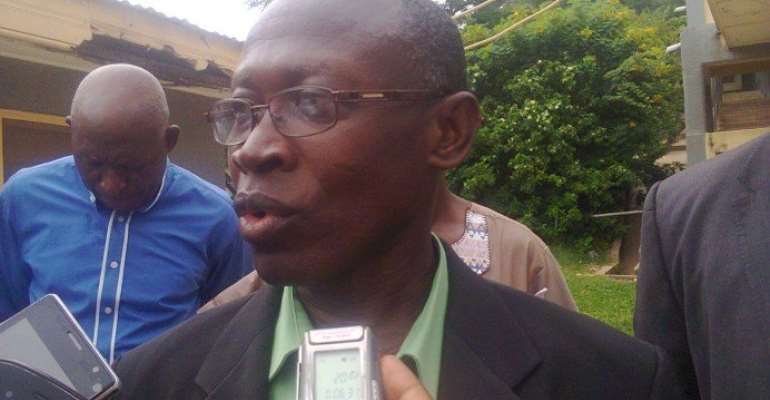 Buoho (Ash), June 3, GNA - A one-year project geared at promoting citizens' involvement in governance and to demand for social accountability has been launched at Buoho in the Afigya-Kwabre District of the Ashanti Region.

The project, being piloted in the district, is aimed at empowering people through Civil Society Organisations (CSOs) to demand transparency and accountability in the utilisation of government's resources by its officials.

The French Embassy is sponsoring the Accountability Project, which was spearheaded by the Centre for Human Rights and Advanced Legal Research (CHRALER), a Non-Governmental Organisation (NGO).

The Ministry of Local Government and Rural Development (MLGRD), Resource Link Foundation, and Centre for Democratic Development, are the other partners.

Mr. Peter Anarfi-Mensah, the Ashanti Regional Minister, who performed the launch, on Tuesday, urged all citizens to get involved in nation building rather than, what he described as 'sitting on the fence and encouraging cynicism.'

He said citizens' demand for social accountability from their officials would ensure qualitative national development explaining: 'It is better for the governed to get involved in governance and hold government officials accountable in the disbursement of public funds to ensure transparency.'

Mr. Kwaku Oppong-Kyekyeku Kaakyire, the District Chief Executive (DCE), noted that people's ignorance of their rights and responsibilities to demand for social accountability had caused major setbacks in local governance.

He said the project would, therefore, afford the Assembly the opportunity to make dispassionate and non-partisan contributions that would help in developing the area.