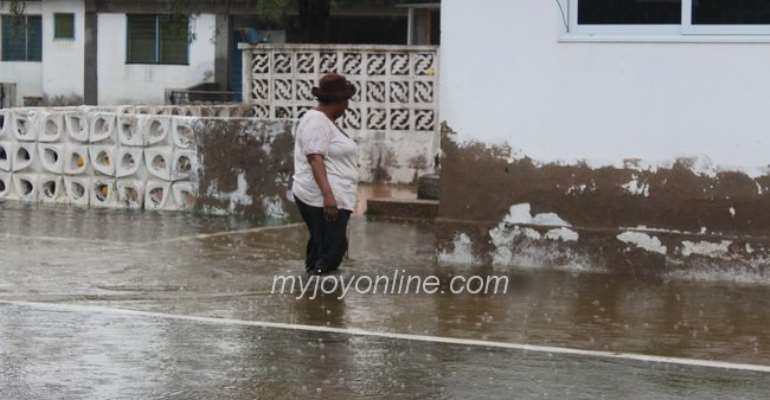 The National Disaster Management Organization (NADMO) is calling for the demolition over 500 houses on sited on waterways at Teshie in Accra.

NADMO says these houses have no permits and must be pulled down to allow the free flow of water when it rains.

A team of NADMO officials have been touring the areas hardest hit by Tuesday's floods which followed hours of torrential rains.

Joy News’ Kwetey Nartey was with the team and reports that NADMO is making the recommendation to save lives and property because most people in the community have lost their homes and belongings due to the floods.

Kwetey said it was clear during the tour that residents have built on waterways and without any regard for proper planning.

According to Kwetey, several requests on the Ledzokuku Assembly for drains in the area to be desilted have fallen on deaf ears.

The residents have also admitted that they didn't have permits to build in the areas concerned.

Deputy Regional Minister, Nii Dzamgba Vanderpuije, said once an approval is given, some houses will be pulled down, drains constructed and the river dredged in order to end the constant flooding problems.

He said the demolition will bring relieve to people in the area and save the many lives that would have been lost if the situation was worse.

The Minister tasked Assemblies to ensure that houses have the required permits before they are constructed, those that do not have permits should be pulled down if necessary.