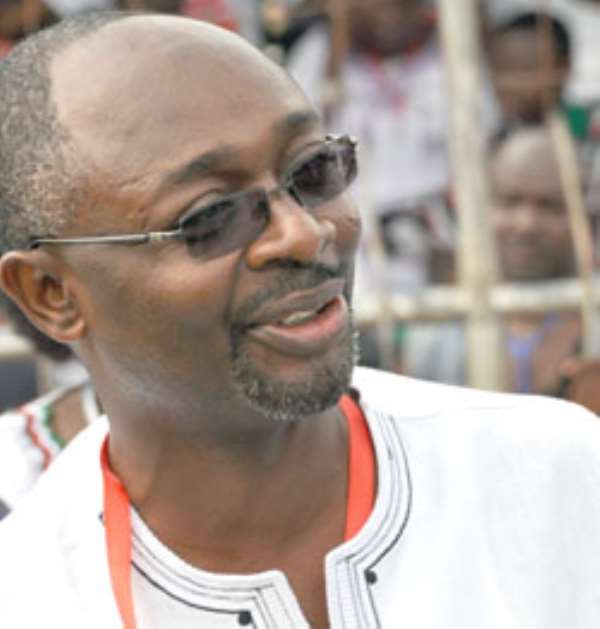 The Judgement Debt Sole Commissioner and Judge of the Court of Appeal, Justice Yaw Appau, who has been nominated to the Supreme Court, yesterday told the Appointments Committee of Parliament that he was amazed at some of the discoveries in the GH¢51.2 million Alfred Agbesi Woyome judgement debt scandal.

He has accordingly recommended to President Mahama for sanctions to be taken against those found culpable.

The Judgement Debt Sole Commissioner also revealed to the Committee that vetted him yesterday that he had also asked for further investigations to be conducted into some aspects of the whole Woyome judgement debt saga for some erring people to be prosecuted.

Justice Appau made the revelation after a member of the Appointments Committee and New Patriotic Party (NPP) Member of Parliament for Bekwai, Joseph Osei-Owusu, had pulled a copy of the report of the Judgement Debt Commission which the commissioner recently presented to President John Mahama. The MP said after carefully scrutinising the report, he (Osei-Owusu) did not see any recommendation for prosecution made against any person that adverse findings were made against in the Commission’s consideration of the ‘landmark’ judgement debt case.

Justice Appau, however, pointed out that he did make recommendations for sanctions to be taken against individuals the committee saw as culpable and wondered where the NPP MP got the report from.

According to the Supreme Court Judge nominee, even though the Commission did not have any appellate powers to review any court’s decision on the case, he as the Sole Commissioner had the power to make any comments in relation to the terms of reference given to the Commission to carry out its duties.

He also noted that despite the fact that the prime suspect did not appear physically, the Commission was able to obtain all the facts of the case through the law courts and the counsel for Woyome.

He was of the opinion that if the proper thing had been done, the Woyome judgement debt would have been avoided.

Ya-Na Murder
On the murder of Ya-Na Yakubu Andani, which he presided over as a judge at the Court of Appeal, Justice Appau said he discharged the suspects because the prosecution was not able to prove that the suspects were the ones who killed the Ya-Na.

He also said one of the suspects who was said to have been involved in the murder was eventually found not to be anywhere near the scene of the crime.

Melee
He said the unfortunate incident is a very sensitive one and that investigations by Indian experts established that the Ya-Na was not beheaded in the melee but rather some assailants, after realising that he (Ya-Na) was dead in the course of the clashes, might have severed the head and burnt it together with the body.

He later pleaded with the Committee to be excused or be restrained to talk more on the case since it was a very sensitive case.

When Justice Appau was asked about his take on ‘death sentence’, he told the Committee that before he became a lawyer, he believed in the death sentence but later realised that it was too retributive and should be expunged from the statutes.

The nominee also strongly argued for the decoupling of the Ministry of Justice from the Attorney-General’s Department because that would ensure that politics is detached from justice as it pertains in many advanced jurisdictions.

When asked about the fact that his appointment by President John Mahama may probably influence his rulings in favour of the government, the nominee said that any judge with principles should always be guided by the law and not feelings and sentiments, adding that he had always remained a principled judge who had been dispensing justice firmly and fairly and that when he was approved he would never ‘dance’ to the whims and caprices of the executive.

He was also not happy about the fact that the executive had not been committed to the provisions of the Constitution in relation to advancing funds to the judiciary on quarterly basis to do its work, stressing that it is an aberration of the law which the executive must purge itself of.

Justice Appau, who practised as lawyer for nine years, was called to the Bench as a district magistrate in 1991 and was promoted to the Circuit Court in 1996. He was sent to the High Court in 2000 and then to the Court of Appeal in 2006.