S.Africa says $10 mn payment was 'above board' 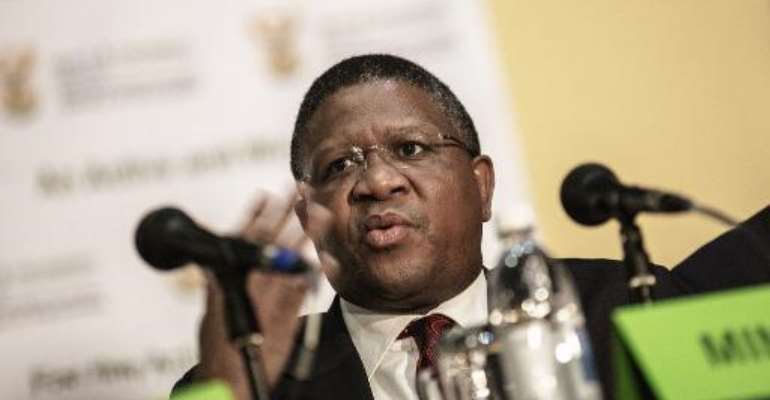 Johannesburg (AFP) - South Africa on Wednesday said the $10 million that US authorities allege was a bribe paid to host the 2010 World Cup was a fully-approved payment to support football among the "African diaspora" in the Caribbean.

Sports Minister Fikile Mbalula launched a passionate defence of South Africa's hosting of the tournament, which is widely cherished as a moment of huge national pride.

"The fact that a payment of $10 million was made to an approved programme above board does not equate to bribery," he said. "Those who allege should prove their allegations."

FIFA president Sepp Blatter quit on Tuesday just days after being re-elected to a fifth term amid an FBI corruption investigation alleging that millions of dollars of bribes were paid for the right to hold the tournament.

"We refuse to be caught up in a battle of the United States authorities and FIFA," Mbalula told a press conference in Johannesburg.

"We have never been spokespersons for FIFA and don't intend to speak on behalf of FIFA.

"Our purpose and intent is to ensure that we respond to the allegations levelled at our country, government and its citizens.

"We therefore wish to categorically deny that our country and government have bribed anyone to secure the rights to the 2010 FIFA World Cup."