Those Angry About My Success Will Die - Duncan-Williams 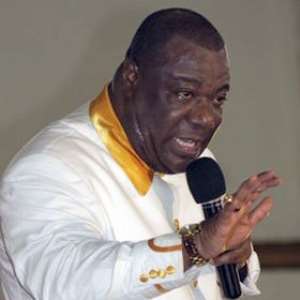 Archbishop Nicholas Duncan-Williams has said people who are envious of his achievement in life can go ahead and die. According to the founder of the Action Faith Chapel International, more blessings are coming his way.

'Some of you, you can't laugh. You are angry; then you will die. If you are angry because of where I am today, then die because double is coming. More than this is coming,' the Charismatic preacher stated during a sermon on Sunday, May 31.

He also challenged Christians to cultivate the habit of giving since it opens opportunities and brings the favour of God upon their lives.

He added that most Christians have become impoverished because they have ignored an important directive from God, which is the act of giving from a clean heart.