Why The Teacher Trainees' Allowances Be Paid 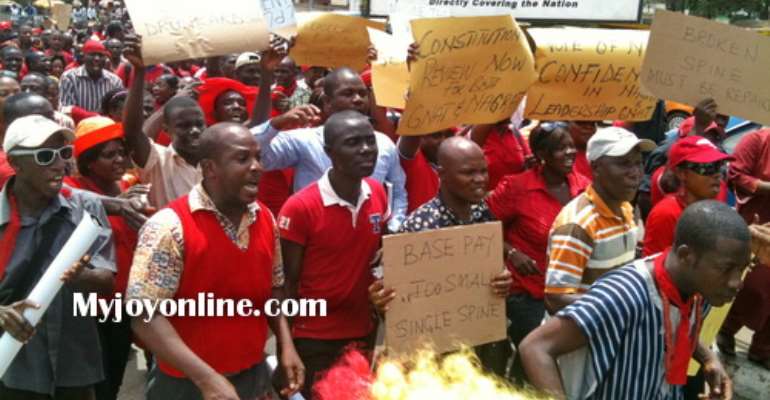 Any Ghanaian will admit the fact, that the intake of trainees into our colleges which the Government and his team,especially the Deputy Minister of Education;Hon. Samuel Okudzeto Ablakwa are singing praises with has increased.Not running away from the fact but one may ask the old question which still remain unanswered; " To what Effect?". The following are but few to attest to the fact,that the cancelling of the Teacher Trainees Allowances has even do our beloved country more harm than good as our President and his team were expecting and are still seeing it to have done.

Difficulty in paying fees every semester is what I would want to commence with.I always ask myself,' Why do people like Deputy Education Minister who at least if not to the expected should have little knowledge about what goes into TERTIARY EDUCATION always compare teacher trainees to our colleagues in the universities?'. But if it is as a result of ignorance only Him know how he;Hon.Okudzeto got into that office.Unlike Teacher Trainees,only once in a year do the University students pay fees.These students in our nobel colleges struggle to get money to pay their fees and twice do they suffer this trauma within a single year.This,if I may say,is bearing very attracting fruit which will be tasted by the dear citizens of this nation and die.To throw more light on my preceding statement,students who are suppose to be in classrooms are now found at the market centers selling ice cream.Some weaving kente and others are galamseying to get their fees. If our teachers to be are using their contact hours for another purpose in the name of finding fees which at the end only the fitters can survive( only those who are able to work for their fees can return to campus to continue with their training) and even to that,with a pinch of salt,haha,where do these so called ministers are taking our nation to and to what benefit is the increament of the intake which the President himself and his ministers wants to be applauded for.For many than before are called but fewer than before are chosen. I will say,nothing than only robbing Peter to pay Paul has been done.

I will end it here and continue next time to uncover all the hidden to them who are very much concerned with their selfish interest and not the nation. It's my hope that our leaders after reading this short but thoughtful article will be awaken if they are not and also affirm with me,that the Trainees Allowances was cancelled only to do Ghana and its Education more harm than the good we were all looking forward for and must be restored for that matter.

Be strong — Isaac Adongo consoles Bawumia with a cow for mot...
2 minutes ago

One wife one man is not in the Bible, every man will marry 5...
24 minutes ago