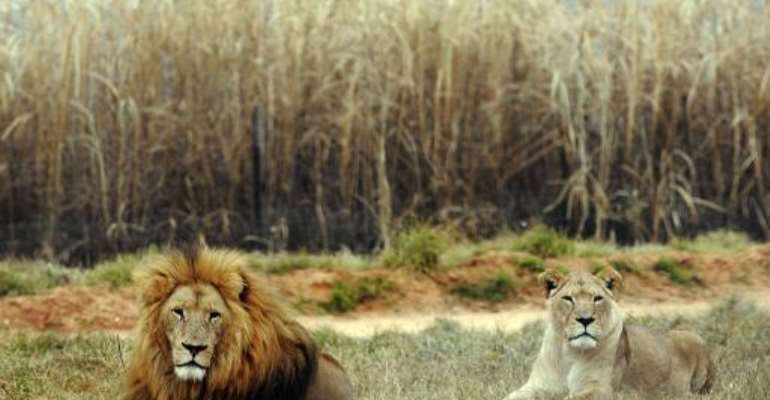 Johannesburg (AFP) - A lion leapt through a open car window and mauled to death an American tourist at a privately-run game park just outside Johannesburg on Monday, a park official said.

"There was a car driving to the lion camp and the lion did come through the window and bite the lady," Scott Simpson, operations manager of The Lion Park venue told Talk Radio 702.

"The ambulance arrived quite soon, but the lady had passed away."

The 22-year-old woman and another American tourist were travelling through the park, northwest of South Africa's biggest city, with their car windows open.

The second tourist, a man, suffered serious injuries while trying to save the victim who was sitting in the car passenger seat.

The incident is the latest in attacks at the park, which is popular with both locals and foreigners.

In March, an Australian tourist was injured by a lioness after driving through the park with his car windows open.

Two days later, a 13-year-old from a nearby slum was attacked by a cheetah while riding a bicycle through the grounds.

In December 2013, a former South African franchise rugby player Brett Tucker and his family were attacked by a lion at the same park and his father reportedly suffered minor injuries.

The park has more than 85 lions, including rare white lions, and a variety of other animals, including giraffes and ostriches.

According to its website, Lion Park guarantees "super close-up animal views" but it does order visitors to keep their car windows shut

The park has previously come under fire for allowing visitors to pet lion cubs.

It was also recently accused of breeding lions for "canned hunting", a charge it refutes.