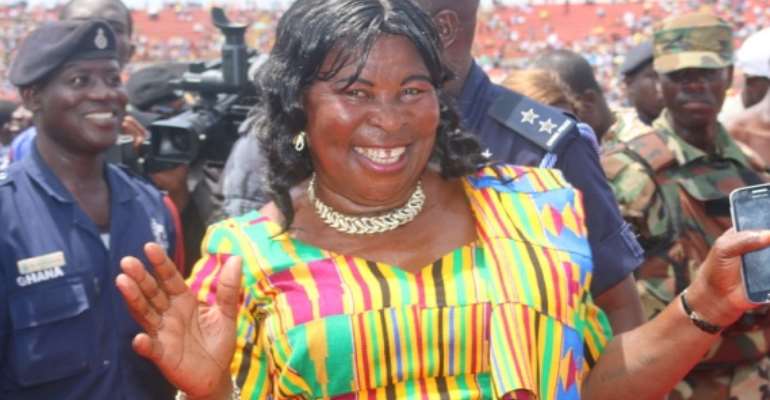 The Founder and Leader of the Ghana Freedom Party (GFP), Akua Donkor, is alleging that the decision by the New Patriotic Party (NPP) to petition the Supreme Court over electoral malpractices, fraud and irregularities, in the 2012 Presidential elections was influenced by then Presidential candidate of the Progressive People’s Party (PPP), Dr. Paa Kwesi Nduom.

According to her, Dr. Nduom, a candidate she supported during the elections, had wanted the NPP to win political power and so decided to form an alliance with the elephant family if the Supreme Court had overturned the verdict and ordered for a re-run.

The alliance for power of the two political parties, she argued, the reason why Dr. Nduom advised the Presidential candidate of the NPP to petition the Supreme Court over the 2012 Presidential election.

“Nduom is the one who advised Nana Akufo-Addo to petition the Supreme Court over the 2012 presidential election. I will keep on exposing him on any platform that I get. Nduom is a cunning creature”, she alleged.

Madam Akua Donkor made this observation in an interview on Monday’s edition of Anopa Kasapa Program hosted by Fiifi Banson on Kasapa FM 102.3.

She also fingered the former Minister for Public Sector Reform of being also the brain behind the late Atta Mills’ family threat of demonstrating against President John Mahama over unfulfilled promises he made to them.

“I dare him, he should come out and deny and I will prove him wrong”, she wryly said.

One wife one man is not in the Bible, every man will marry 5...
10 minutes ago