For The Attention Of The Enemies Of Kwabena Agyepong 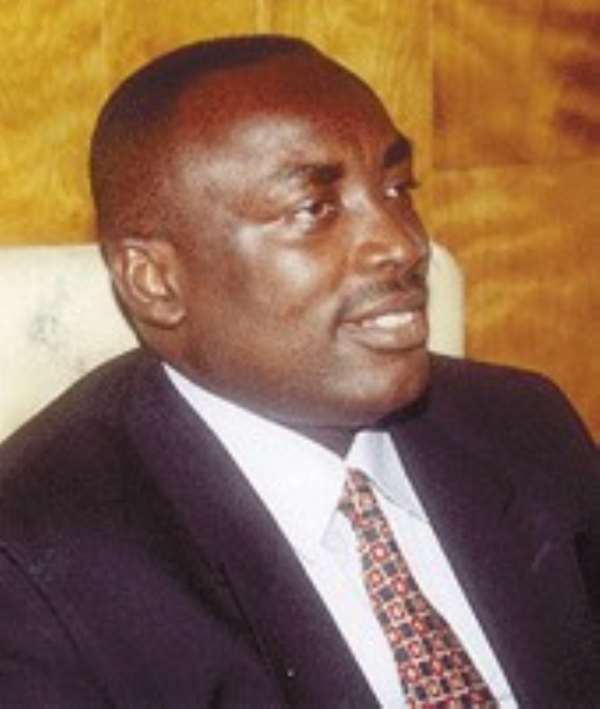 The enemies of Kwabena Agyepong as hereby implied are himself and all those overtly or covertly supportive of him, seeing nothing wrong about his attitudinal intransigence and obstinacy in performing his duties as the NPP General Secretary. All those secretly or openly encouraging him to keep to his style of running the NPP Secretariat, suspiciously sabotaging the party’s chances of winning election 2016 as it appears, are in reality his enemies but not friends as he may think.

One can unknowingly be their own enemy. How can that be possible, a doubting-Thomas may ask? By one’s own negative attitudes – overflowing with corruptibility, callousness, malevolence and intentional schemes to cause the downfall of others, one surely becomes their own enemy when things backfire on them.

By the persistent arrogant posture exhibited by Kwabena Agyepong, seeing himself as uncontrollable and under no rules and regulations, but deceptively a law unto himself, with all the ongoing crazy situation he currently finds himself in, and has placed NPP, has he not become a victim to his own evil machinations? Is it not indicative of one becoming an enemy to himself?

Why are his closest friends or supporters goading him to resist any move to “step him aside” or “force him to resign?” How can these not fair-weather friends, but friends who have been sticking up for him through and through, be called his enemies, again a curious mind may inquire?

Anyone who encourages or supports another, especially when the person is obviously in the wrong is not a real friend but an enemy in disguise. A reasonable person or a true friend will rather advise his colleague to desist from untoward habits or pursuits instead of encouraging him or her to persevere in that deplorable habit. When the axe falls in the end, the face-value friends will not be affected, but the victim themselves.

Let me cite this true incident to buttress my view as expressed above. In 1973, at Kumawu Tweneboah Koduah Secondary School, one “Asma” (the name may be wrongly spelt but pronounced as such), a Form 3 student, was expelled from the school by then Headmaster Mr Bang. Asma was the only second White person in the school. Even though he was of Syrian or Lebanese origin, by the colour of his skin, we still knew him as a Whiteman.

What happened? One afternoon, one of the school tutors, Master Oppong, Chemistry and Twi Master announced in the dining hall that after lunch, Asma must see him about what he did in class that day. Master Oppong was the Master on Duty for the week. Asma had misbehaved in his class and needed to be talked to or punished. However, his friends at table prodded him to snub Master Oppong for mentioning, and asking, him, to stand up in the dining hall in front of tens of hundreds of seated students. They made him understand that he has been disgraced by Master Oppong.

Truly to his friends’ expectation, he moved towards Master Oppong who was still on the rostrum in the middle of the dining hall and heaped insults on him.

The long and short of the story is Asma was sacked the next day by Headmaster Mr Bang after calling an emergency Staff (tutors) meeting.

What happened after announcing the expulsion of Asma is what I want Kwabena Agyepong and his friends to take note of? Then Assistant School Prefect (ASP) going by the nickname “Audacious”, came to the dining hall, mounted the rostrum and announced the expulsion of Asma. He added to his announcement the following. “Anyone who is found to accompany Asma beyond the school park, when seeing him off, will also be sacked”. Subsequently, none of his friends who had goaded him earlier to insult Master Oppong could see him off beyond the school park. When seeing him off, they stopped in the middle of the school park, while Asma was for the first time seen carrying his own trunk on his head, waved at him, wished him good luck, and requested him to keep in touch. How was he to keep in touch as there were no mobile (cell) phones by then? He was to write to them. That was the last time most of us saw him. Whether he maintained correspondence with them as sought is beyond my knowledge.

Had it not been his friends inciting him, Asma would surely not have reacted disproportionately angrily to the humble request to see Master Oppong after lunch as stated above.

In the end, were those students that cost him his education at Tweneboah Koduah Secondary School really the best of friends? To me, the answer is a Big NO!

Similarly, all those goading Kwabena Agyepong and Paul Afoko to stick to their guns despite the odds being against them are indeed not their friends, but enemies in disguise. This case of Asma proves it all.

Some of their so-called friends or secret employers along with some NDC crooks are saying, “Since they were voted for, thus, elected, they have the obligation to stay in their posts until the end of their mandate without anyone able to do fuck all”

To these so-called friends I say, they were voted for as they claim. However, once it has been established in the minds of many, whether true or false, that both individuals are moles in the party, working to ensure the defeat of NPP in Election 2016, they can be forced to step aside.

Who will be stupid to continue to employ or engage the services of a person when it becomes obvious that the employee is working against their (employer’s) interests? Will the employer not as a matter of expedience, terminate the employee’s appointment despite the contract still being valid and pending? Under any circumstances of an employee grossly misconducting themselves, their written or verbal contracts can be abrogated. This may be the case with Kwabena Agyepong and Paul Afoko if indeed, they are working from within to ensure the defeat of NPP as alleged.

Do his friends think those who voted for them will repeat it so massively if they were asked to vote today? They never knew they were voting for saboteurs but now, they know whom they voted for. Would Honourable Kennedy Agyapong sponsor Kwabena Agyapong and Paul Afoko if he knew they were going to be saboteurs as they seem to have been uncovered today? I think the answer is a No.

As Duncan says in William Shakespeare’s book Macbeth, “There’s no art to find the mind’s construction in the face”. If Kennedy Agyapong could read their minds from their faces, as evil as they are appear today, he would not have bothered spending his alleged US$200,000 on their campaign to win them their positions.

Finally, let all those accusing Nana Addo of doing a shoddy mediation work or staging a useless conflict resolution via his organised press conference understand that:

1. Paul Afoko and Kwabena Agyepong were informed of the impending press conference

2. Both persons were not officially invited to attend because Nana had first to calm tempers that were high with the possibility of some people reacting angrily, or assaulting them upon, or at the instance of, sighting them. Is it not said, “Yen gyina nkranne mu ntete nkranne?” – meaning “we do not effectively resolve problems in the heat of argument or anger”

3. Would Nana not be accused of deliberately inviting both persons for others or his supporters to attack them if such an incident had taken place were they invited while tempers had first not been calmed?

Let us all be guided by Proverbs 25:9-15 “In the heat of an argument, don't betray confidences;

10 Word is sure to get around, and no one will trust you.

11 The right word at the right time is like a custom-made piece of jewellery,

12 And a wise friend's timely reprimand is like a gold ring slipped on your finger.

13 Reliable friends who do what they say are like cool drinks in sweltering heat - refreshing!

14 Like billowing clouds that bring no rain is the person who talks big but never produces.

The battle is still the Lord’s. Strategies must quickly be devised to counter the poisonous agenda by the NDC through some wicked NPP members. The dust will settle. NPP will come out stronger and more united than never before to win election 2016 to bring back smiles on people’s faces.