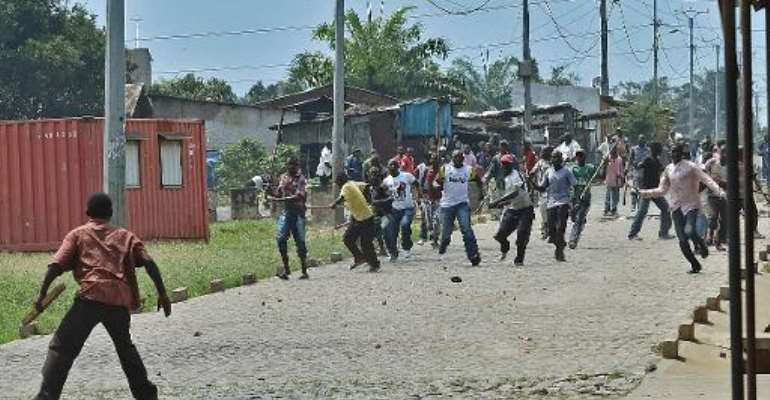 A protestor opposed to the Burundian President's third term confronts members of the Imbonerakure, the youth wing of the ruling party, in Bujumbura on May 25, 2015. By Carl de Souza (AFP/File)

Bujumbura (Burundi) (AFP) - The Burundian government said it was open to heeding a call by East African leaders Sunday to delay upcoming parliamentary and presidential polls by at least a month and a half amid violent protests sparked by President Pierre Nkurunziza's bid for a third term.

"The Burundian government welcomes the proposal of the heads of state" to delay the elections, government spokesman Philippe Nzobonariba said.

He added that Sunday's summit of East African leaders in Tanzania "did not discuss" the controversy surrounding Nkuruziza's third bid because it was a sovereign issue and that the government therefore considered the matter "closed".