Acid Attack - "All Die Be Die" In Reality? NDC-USA Asks 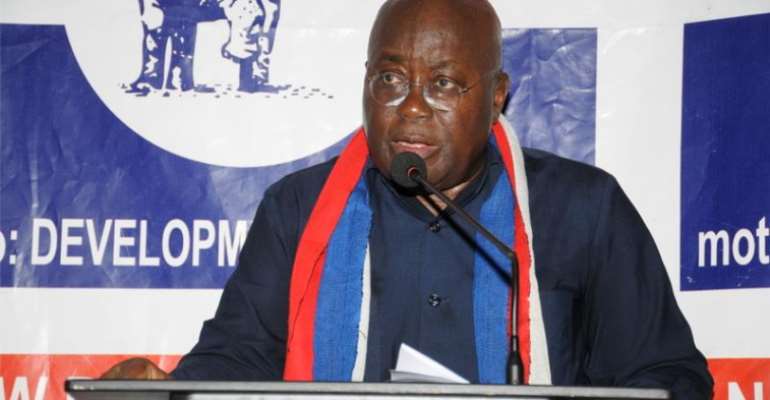 The NDC USA has condemned the crude and barbaric way the regional chairman of the New Patriotic Party was killed by acid attack. It is indeed unlike us (Ghanaians) to shamelessly take another life in such a gruesome and barbaric manner as we have seen in the past where our women were murdered on the streets to create panic and fear in order to win an election. As the saying goes, whatever is hidden under this sun shall come to light at the right hour.

In the recent past, NPP's top officials or members have been passing on under mysterious circumstances which have given most Ghanaians a lot of concern. To NPP leaders and members this is a manifestation of their belief and mantra “all die be die”. Ghanaians can now see how the NPP will not stop at anything and can go at all length to kill one of their own with such cruelty and barbaric manner in the name of cheap partisan or political gain.

Using cruelty to beat the competition either by using acid on fellow human beings which can cause immeasurable pain and suffering is a brutal way to treat another human being less alone a compatriot.

In the past, NPP members died from deadly poisoning in mysterious ways but this particular death by acid is beyond the human comprehension.

NPP as a national party and the main opposition has lost focus and have no credible agenda for the country except to criticize the President’s efforts and to do all to pull the country back. The NPP as a party must first of all put their house in order in order to have any credibility to contest the 2016 polls. A house divided against it cannot stand the test proven leadership. If NPP as a party can treat another member in such an inhumane manner, I cannot imagine what can be compared to what will happen to an opposition member.

In light of all this killings, His Excellency President John Dramani Mahama will not be distracted from the great work that he has been doing securing the country from both foreign and domestic threats. Ghana was able to pass the EBOLA test under his able leadership. We must appreciate his dedicated service and give him all support than always criticizing him. The menace of Ebola is far more dangerous than electricity problem confronting the country.

Those of us in the diaspora are encouraged by what the government is doing and will continue to support this progress in, delivering concrete results as he has promised the people. To ensure an effective and more stable, democratic and prosperous future, we urge all our countrymen to lend their unflinching support to the President so that he can developed a more sustainable and durable economic and social pillars.

Be strong — Isaac Adongo consoles Bawumia with a cow for mot...
27 minutes ago

One wife one man is not in the Bible, every man will marry 5...
49 minutes ago