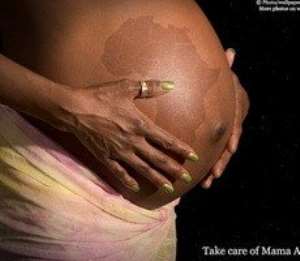 The MamaYe Campaign has learnt with dismay, reports of a shortage of vaccines administered to newborns to fight childhood killer disease. The campaign finds this disturbing especially when considered that vaccines play a critical role between life, morbidity and mortality of infants and children. In a statement issued on Thursday May 28, 2015, the Campaign said “no excuse is tenable for the lack of concerted effort to reduce newborn mortality and morbidity”.

On Tuesday, May 26, 2015, the media reported that hospitals in the Ashanti Region have ran out of vaccines administered to newborns to fight childhood killer diseases like measles, tuberculosis, yellow fever and hepatitis.

A report by Luv FM’s John Teye culled from Joy Online said: “for the past three months, stocks of Bacillus Calmette–Guérin (BCG) vaccines to prevent infant tuberculosis are depleted in major hospitals. Post-natal visits by nursing mothers have to be rescheduled several times due to the unavailability of these vaccines.”

The story indicated that the shortage had been caused by fire that gutted the Central Medical Stores earlier in the year. In response, the Executive Director of the Alliance for Reproductive Health Rights and Advocacy Advisor for the Campaign, Vicky T. Okine, has admonished the Ministry of Finance and Ministry of Health to, as a matter of urgency, ensure that vaccines are available when and where they are required to prevent needless deaths and morbidity.

In a statement, Miss Okine said: “Newborn mortality in Ghana is still very high and UNICEF’s estimates show that about 63 newborns die every-day in Ghana. These are babies who could have survived if we observed the basic steps and procedures to ensure their survival. We cannot afford to stand by as our health system is confronted with wholly preventable challenges especially with the advancements we have made in Ghana. Mediocrity must give way to proactive planning and forecasting.”

Miss Okine stated that health sector managers should consider the situation an emergency requiring urgent and prudent action. She added that “leadership of the health sector must prioritise action to ensure that availability of such vaccines is predictable. She also called for increased investments in health, especially women, children and adolescents’ health.

Reports from government indicate that UNICEF has promised to support the Ghana Health Service in the coming days with some of the vaccines. While the MamaYe campaign finds this commendable, campaign members continue to call for a budget line for maternal and newborn health to ensure increased attention to actions that prevent maternal and newborn deaths.

“As the world marks International Day of Action for Women’s Health today, we want to admonish the government to focus on improving the livelihoods of pregnant women and their newborns. We call on the media and all Ghanaians to continue to demand that government fulfils its part of the social contract. The lives of pregnant women and their newborns are non-negotiable,” she stressed.

'I will come to Accra report you to Akufo-Addo' — Otumfuo an...
38 minutes ago