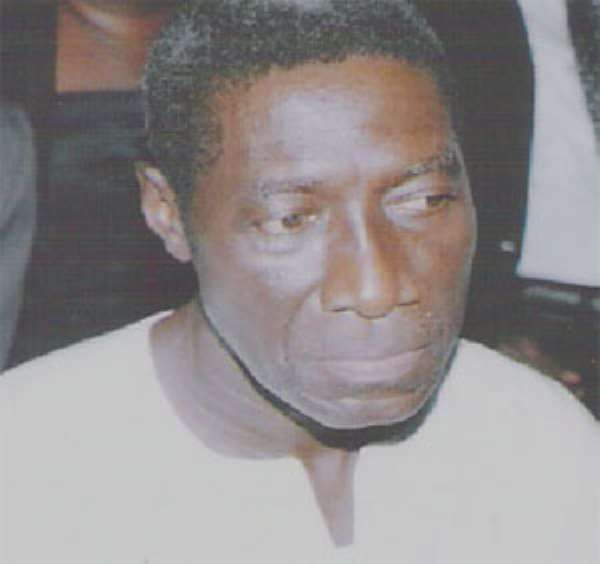 'We believed in socialism, in fair shares for all. Later we learned that personal motivation and personal rewards were essential for a productive economy. However, because people are unequal in their abilities, if performance and rewards are determined by the marketplace, there will be a few big winners, many medium winners, and considerable number of losers. That would make for social tensions because a society's sense of fairness is offended. My primary preoccupation was to give every citizen a stake in the country and its future. I wanted a home-owing society. Our policies kept people keen to achieve the best.

__Lee Kuan Yew
To consolidate the achievement of Lee Kuan Yew in comparison to the downright failure of Ghana's experiment into modern state building, and affirmatively state that history of Ghana since independence points to the fact that Ghana can never make, it let us sample the views of some expert on Lee Kuan Yew's economic legacy of Singapore

1. 'Lee Kuan Yew’s emphasis on growth, the thrust on making Singapore attractive as a destination for investment as well as the focus on drawing world class manpower; building state of the art infrastructure and excellent air and sea linkages; a low and transparent tax regime; clean and efficient bureaucracy; a strong regulatory and legal framework; a neutral diplomatic policy which has ensured it is an ally of the US as well as China; and developing a clean and green city, have ensured Singapore’s stupendous economic success. These factors have led to the emergence of Singapore as a powerful and wealthy financial centre.'

2. 'A trained lawyer, this visionary leader was Singapore’s chief architect in harnessing social cohesion despite ethnic and religious diversity; and in engineering an economic miracle. His defining economic policy is arguably uncompromising standards for a universally accessible, top-flight public education system – astutely identifying human capital as Singapore’s key competitive advantage – supplemented with rigorous application of meritocracy. This understated principle accelerated economic ascendancy by unleashing the forces of upward social mobility for all, with little tolerance for complacency or corruption. Complemented by a fair and transparent judiciary, businesses thrived. But above all, Mr. Lee’s principled approach to nation building forged his legacy as a luminary'.

__Vishnu Varathan, senior economist, Mizuho Bank
3. 'Lee Kuan Yew performed a miracle transforming Singapore from one of the poorest countries in the world in the 1960s to being among the most advanced today. His main contribution, and the key to his success, was that he understood that in order to put Singapore on a sustainable growth trajectory one needs much more than sound economic policy. Any policy can be reversed, any incentives for growth can be dismantled. Mr. Lee built a country whose institutional set-up is unparalleled. This includes the rule of law; efficient government structures; the continuous fight against corruption; and overall stability'.

__Professor Ilian Milhov, Dean, INSEAD
4. 'Lee Kuan Yew’s vision was to build an economically sound country that would be robust enough for future generations. But he knew Singapore had limitations. To achieve his dream, he had to change the mindset of its then population of around two million people. Singaporeans had to be more welcoming to immigrants if the country were to grow. The population needed to expand by continually attracting high-calibre people who would create employment, bring in much-needed capital and most importantly, pass on their key skills. It is thanks to Lee Kuan Yew’s vision that Singapore is as welcoming to immigrants today as it was 50 years ago. But it is the integration of foreign and home-grown talent that has allowed the country to enjoy decades of economic growth. The economic value of every person in Singapore today is as high as that of the US'.

Other key positive economic policies included the Central Provident Fund, Housing Development Board flat ownership and integrated education, which all helped Singapore transition from a village setting towards towns and the highly sophisticated cosmopolitan global city we see today'.

Now let us examine the Ghanaian situation in the light of the monumental achievement of Singapore under the legacy of Lee Kuan Yew and draw our own conclusion in the light of the current buffoonery and criminal robbery going on under our noses without a whimper from the citizenry in this county in the name of black African democracy and nobody will tell you Ghana can never make it.