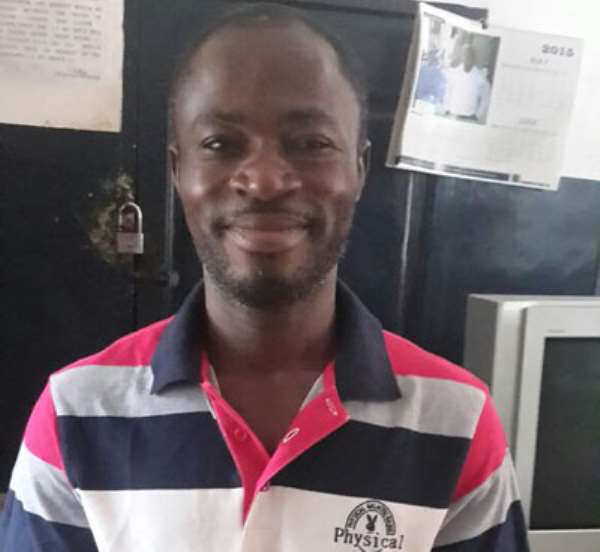 The Odorkor police have apprehended a notorious fraudster who has allegedly succeeded in defrauding about four victims of huge sums of money, vehicles and other valuables under the pretext of linking them to buyers.

Felix Owusu Banahene, 35, was apprehended from his hideout at Darkuman on May 23, 2015 after several complainants were lodged against him to the police.

He is now in the custody of the Odorkor police assisting in investigations.

Briefing DAILY GUIDE, Chief Superintendent Abraham Acquaye, Odorkor District Police Commander, said police received a report from the first complainant, Kofi Amoaku from Sowutuom Manjor, that somewhere February this year, Banahene  collected an amount of GHâ‚µ8,500 from him under the pretext of selling him an auctioned Toyota Corolla vehicle.

According to the police officer, Mr. Amoaku took the victim to a garage at Achimota where he showed him the Toyota Corolla.

After taking the money, suspect went into hiding and was never seen again.

When his mobile numbers were called by the complainant, they were all switched off.

A complaint was lodged to the police and upon a tip-off, Banahene was apprehended from his hideout.

Upon interrogation, he said the car he showed the victim was not his and that he was waiting for a vehicle to be delivered to him by a friend for the victim.

While in custody, two other victims identified as Joshua Aboagye and Justice Amoako also reported that Banahene used the same modus operandi to defraud them of monies like GHâ‚µ34,000 and GHâ‚µ10,000.

The victims said they were also taken to a garage at Achimota to make a choice of vehicles after collecting the monies from them at Novotel Hotel.

Their cases were reported at the Motor Theft Unit of the CID Headquarters.

The fourth victim, Madam Efua Asumadu from Kumasi, who heard of the arrest of Banahene visited the station and reported that suspect came to Kumasi in March and introduced himself as a car dealer who needed vehicles to supply his customers urgently in need of vehicles to buy.

Madam Efua, who was then selling her two Saturn Vue vehicles – one registered and another unregistered – came to Accra together with the suspect to inspect his house before handing over the vehicles to him.

She also added two flat screen television sets and two Iphones to the suspect to be sold for her.

Banahene collected the vehicles and other items and was never seen again.

Madam Efua, according to Chief Superintendent Acquaye, reported the case to the Old Tafo Divisional police in Kumasi when she realized that she had been duped.

I will disappoint any MMDCE who doesn't live up to expectati...
43 minutes ago