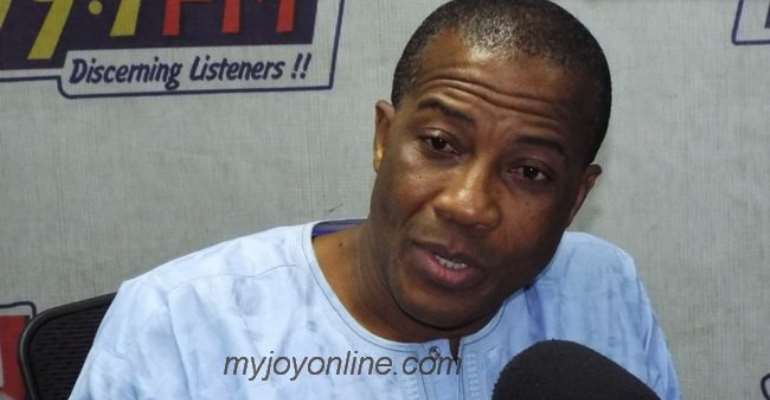 The leadership of the Minority has expressed disappointment in NPP MPs who are criticising a decision taken by the caucus to ask party Chairman, Paul Afoko and General Secretary Kwabena Agyepong, to step aside.

Deputy Minority Leader, Dominic Nitiwul, was cautious to prescribe punishment but said the Minority will consult the caucus code to determine steps to be taken against the likes of former presidential candidate Osei Ameyaw.

The internal chaos and turmoil within the NPP has now officially crept into parliament dividing the front of the party’s minority MPs.

The minority leader Osei Kyei Mensah Bonsu yesterday, in a signed letter addressed to the party national council, the national executive committee, the national chairman and the General Secretary expressed a united minority position asking Paul Afoko and Kwabena Agyepong to step aside.

But some MPs say the decision was never on the agenda at the caucus meeting and are questioning the motive of their leader.

Member of Parliament for Nsuta Kwamang Beposo, Kwame Asafu Adjei says the Paul Afoko and Kwabena Agyepong discussion “was not part of the discussion”.

He admitted he did not sit through the caucus meeting but nonetheless he believes the two troubled executives “should stay”.

Former presidential aspirant of the party in the last congress, Osei Ameyaw has also publicly thrown his support behind Paul Afoko and Kwabena Agyepong.

Mr. Ameyaw questions the letter written by the Minority leader.

“If they have erred, what are the processes we have to go through to punish them but we cannot come out as a group and say we have taken a position on the blind side, that with respect cannot be sustained,” he told Joy News’ Elton Brobbey.

But in response, the Deputy Minority Leader Dominic Nitiwul has expressed displeasure at the attitude of the MPs in undermining a caucus position.

He revealed that Osei Ameyaw was not in the meeting and confirmed that Kwame Asafu Adjei also left before the meeting ended.

“You don’t have to put premium on their words because they were not even there”, he pointed out.

Stressing the importance of the meeting, he said the Minority leadership “advertised” the meeting for three consecutive days through text messages. The message contained a “three-line whip” meaning all 123 NPP MPs had to be present.

Nonetheless about 70 MPs showed up, Nitiwul noted. He said the number present were more than the one-third needed to form a quorum and take a binding decision.

Dominic Ntiwul, however admitted that there were some reservations about the decision during the discussion although others were satisfied.

He is not surprised some in the meeting disagreed because it can never be expected that 100% consensus will be achieved on any matter.

“When the caucus takes a decision it is binding on everybody..…you don’t go behind the caucus and dissociate yourself”, he maintained.

Dominic Nitiwul counselled colleague MPs to have the “discipline” to attend and sit through meetings.