Michel Platini: I asked Blatter to step down but he refused 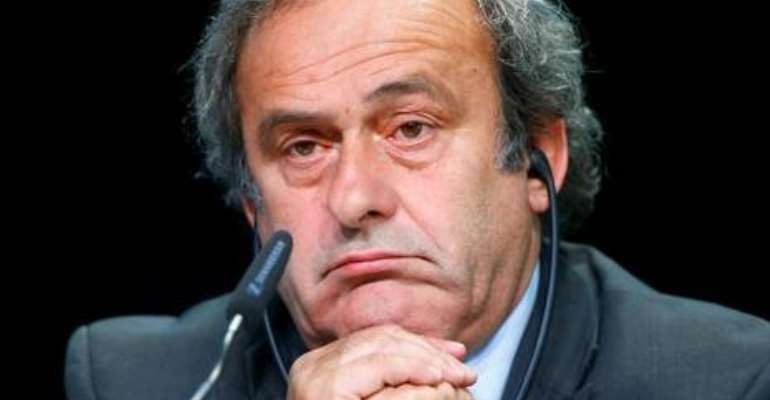 Michel Platini, the president of European football's governing body, urged Blatter to stand down when the pair met on Thursday amid fresh FIFA corruption allegations emerging from separate inquiries by the US Department of Justice and the Swiss government.

Platini said UEFA would unite behind Prince Ali and admitted that, if the 79-year-old Blatter was to win a fifth term in office, UEFA would have some tough decisions to make when its members meet again in Berlin next week before the Champions League final.

Asked if a boycott of FIFA competitions was a possibility, Platini said: "UEFA associations will meet in Berlin next week. We will be open to all options."

Pressed further on the prospect of a World Cup boycott, Platini added: "There may be proposals. I honestly don't wish that."

Platini confirmed he had personally pleaded with Blatter to quit following the latest scandal to hit FIFA.

He said: "I have had enough - enough is enough, too much is too much. I am the first to be disgusted.

"I told Mr Blatter 'we started together and now I am asking you to step down as we cannot continue this way'.

"He told me 'it's too late, I can't today all of sudden leave when Congress starts this afternoon'."

Platini said he was convinced Prince Ali could win, adding: "A very, very big majority of UEFA associations will vote for Prince Ali - a minimum of 45 or 46 [out of 53], and I try to convince more."

Platini warned, however, that Blatter's decision to stay meant his support is still daunting, but that there was now more democracy with confederations not voting en bloc.

"If he has decided to stay on, it means he is still strong," he said.

"But there's a renewal of democracy in the African zone to vote freely. As I said to Europe, vote freely - but vote for Prince Ali."