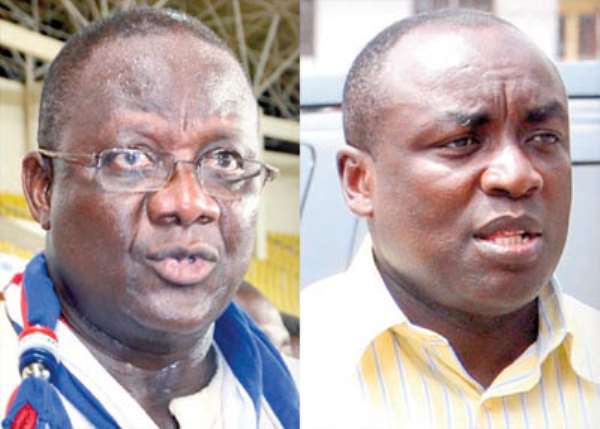 We write in pain as concern youth of the Wa central Constituency to share our thoughts on the ugly and nasty events that our dear party is going through of late. One would have thought that after Ghanaians settled on the N.P.P as an option even before the polls in 2016, presenting ourselves to merit that favor from the Ghanaian people would have been most paramount.

However, it appears a few of us in the party as a result of parochialism and self-centeredness are behaving the contrary. It saddens our hearts as youth of the Wa Central Constituency who have over the years worked so hard to ensure victory for our party, are seeing and hearing these unfortunate events as they unfold. We collectively want to appeal to the leadership of the party and the rank and file of it, that, we have taken enough of the mistrust, that, we have taken enough of the unnecessary suspicion of each other within the party’s leadership and that, we are signaling them that enough is enough because the N.P.P must win the 2016 general election to happy the Ghanaian people. All indicators are clear that we are almost there and nothing should be done by any selfish being to deny us this victory that our people are expecting next year.

Now to the substantive matter. On Monday the 25 of May, 2015, we woke up to a shocking news that Regional Executive committees throughout the country were meeting to consider a possible impeachment of Paul Afoko- our National chairman and Kwabena –our General Secretary because of reasons we feel are unsubstantiated, unconstitutional, illegal, bogus, ill-conceived, premature, pointless, baseless, bony and skeletal for any serious politician to consider let alone implementing. We will not sit down and allow this syndrome of behaving to satisfy an individual as if our birth rites are for sale. We will object and oppose it with all our might. Our individual rights in this party must be respected.

Since this issue of impeachment broke out, respected political analysts from the countries dignified tertiary institutions are all against it as an option. The academia and well-wishers of our party have all kicked against it. Why can’t we take a cue from that? Don’t we have elders in the party? What is the use of National Executives Committee (N E C)? What is the use of the National Council (NC)? What has the flag bearer who is highly respected done to bring peace and tranquility to the party? The above questions are begging for answers in the minds of our people. If Ghanaians must see Nana Addo as a peace maker, then, he has to be seen making peace within the party he leads. The NPP needs him to do that now. Nana Addo must learn to control a few of his boys behind him and stretch his humble arms to work in harmony with the National Executives especially the chairman and the general secretary no matter what. He should be exemplary because on the ballot paper during the 2016 election, it is his head that will appear as the face of the party.

We also want to use this opportunity to wish our departed brother and friend, Mr. Adams Mahama who lost his life rather too early if you ask us. It is our hope that the mystery surrounding his untimely death will soon be unraveled by our security agencies so that the perpetrators of that inhuman act will dance the music of the law and suffer the punishment for it. Our sincerest condolences therefore go to the family of the bereaved especially his wife and children.

As for the accusing fingers some, who call themselves party sympathizers are pointing to Paul and Kwabena, the least we waste our time on it, the better because there is no evidence pointing to that fact. They are simply the detractors of the party that we must pray they grow up in politics.

Finally, we want to state unequivocally that we are so very much disappointed in the sixteen (16) member regional executive board, now fifteen (15), for shamelessly passing a vote of no confidence there by endorsing that retrogressive impeachment move orchestrated by Nana Addo as the regional chairman (Alhaji Short) put it during the meeting held on the 25th of May, 2015 to consider that impeachment of a thing. We want to bring to the notice of all that the constituencies are vehemently opposed to this move and chairman Kamara of the Wa central constituency and his executives are not an exception. These constituencies, polling stations and electoral area coordinators represent the party’s grassroots and they understand the party better and will therefore not do anything to jeopardize our chances in the forth coming elections. The party must be seen to be supreme and bigger than any individual. Our dear party in the upper west region is clamoring for seats and we want to advise our regional executives to liaise with the eleven (11) constituencies in the region to reclaim the lost seats and even add more instead of wasting their time and energies on this unproductive venture before we commence a possible impeachment process on them. A massive demonstration awaits the leadership of the party if they fail to pay heed to this very important concern of ours.

To those of you who are worried with the way things are happening within the choice you can’t wait to settle on, take heart and stand firm for the darkest hour is just before dawn when the light begins to shine again.

"I want every Okada driver to be a billionaire" — ‘CODA Dri...
12 minutes ago