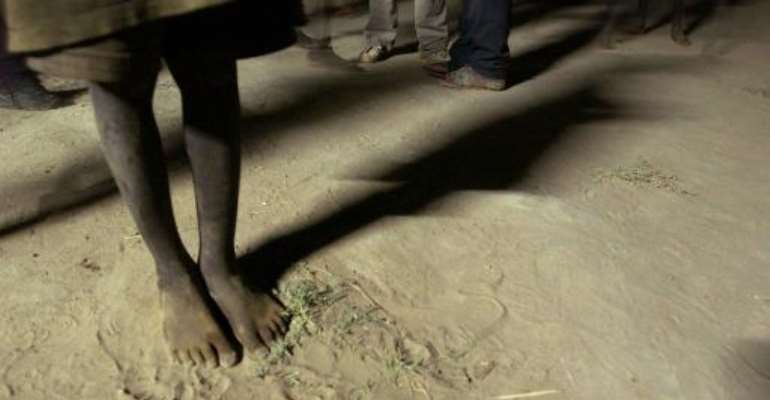 Kampala (AFP) - Uganda MPs have raised fresh concerns that hundreds of children have left the country through "dubious circumstances" as a result of foreigners working with local lawyers to exploit a loophole in the law, allowing them to be adopted.

Last September, an official report said a boom in Uganda's "international adoption industry" had led to some children who were not even orphans being taken into care for adoption or child sponsorship schemes.

A parliamentary committee investigating illegal adoptions has now heard that more than 120 children left the East African country last year alone, despite some foreigners being granted adoption orders not meeting criteria, and many of the so-called orphans having family.

"The children who foreigners are calling orphans are not actually orphans," Pius Bigirimana, permanent secretary in the gender ministry, was quoted as saying by the Daily Monitor newspaper.

"We have put in place an inter-ministerial team to stop illegal adoptions."

He claimed in some cases children were leaving the country and having their organs removed.

Bigirimana also warned that orphanages had been commercialised, and that "80 percent of children in them are not orphans".

Meanwhile, the law firm of Uganda's former attorney general Peter Nyombi, Nyombi and Company Advocates, was named as taking advantage of a loophole in the Children's Act to process adoptions.

The company was described as a "core player" in the industry, Ugandan media reports said.

Nyombi did not respond to the claims, according to Ugandan papers, but is due to appear before the committee alongside other lawyers on Friday.

Another legislator, Alice Alaso, asked for the details of the lawyers involved in illegal adoptions, and a list of licensed orphanages, to be provided to the committee.

She said law firms were raking in money "exporting thousands of children without a guarantee of their safety," the New Vision reported.

According to officials, many adoptions are taking place under the pretext of legal guardianship rather than full adoptions, which has tighter legal requirements.

The committee has given Bigirimana two months to implement regulations to close loopholes in the law.

"Law firms sadly see obtaining legal guardianship orders for their clients, who are predominately from the USA, as 'business'," a worker with a Ugandan child's rights NGO told AFP.

Uganda, one of the world's poorest countries, is home to approximately 2.4 million orphans, about half of whom lost their parents to HIV/AIDS.

In 2012 the Addis Ababa-based African Child Policy Forum described Africa as "new frontier for inter-country adoption" after countries including China, Russia, Romania and Ukraine tightened their rules on overseas adoption.

Uganda, like most African nations, is not party to the Hague Convention -- which provides safeguards to ensure children are not adopted illegally.