Impact of migration felt by many countries 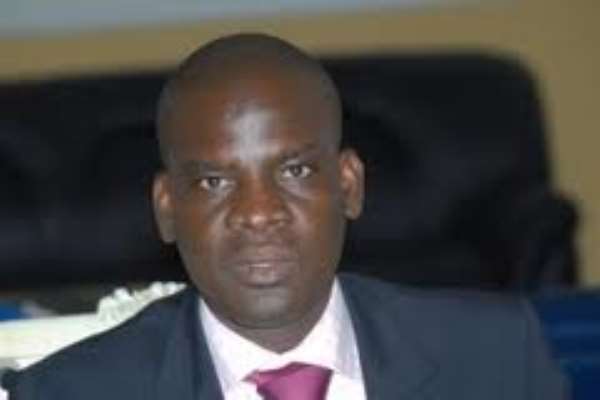 Accra, May 26, GNA - Studies by labour researchers have revealed that the impact of migration on developing countries would continue to play a major role in determining their status.

Such studies also reveal that the effects of migration would make an impact on all parties including migrant workers, businesses and entrepreneurs in the host country.

Mr Haruna Iddrisu, Minister of Employment and Labour Relations, said this during a consultative seminar to assess the economic contribution of labour migration on Ghana.

The seminar was aimed at identifying key stakeholders, research priorities and available data sources in Ghana and identify the existing knowledge gaps.

Mr Iddrisu said workers who lose their jobs in seeking new opportunities are the ones who suffer more within existing industries due to declining competitiveness.

He said: 'Among the losers also are some skilled workers and those with industry or occupation specific skills that are no longer in demand.'

He said a familiar reaction to these developments locally is what has become known as 'xenophobia' or the fear of strangers and in this case, economic migrants.

The four- year project, which began in 2014 was co-funded and jointly implemented by the European Commission, the OEDC Development Centre and the International Labour Organisation.

It was aimed at arriving at a reliable and evidence-based understanding of the economic impact of immigration in low and middle-income countries.

The four million Euros project would examine the contribution of migration to Gross Domestic Product (GDP) and growth; study its impact on the labour market and the productive sector; and review the implications of immigration for public finances and services.

It also addresses the economic contribution of labour migration in South-South contexts as well as foster strong synergies and co-operation with public institutions, employers, academia and civil society actors in participating partner countries.

Mr Iddrisu said the importance of remittances as a by-product of labour migration could not be underestimated.

He said 'remittances from Ghanaians outside have played an important role in the nation's economic development. Conservative estimates by the Bank of Ghana show that migrant remittances received from abroad constitute approximately 13 per cent of the GDP in 2008 alone.

'On the flip side, however, the effect of some illegal immigrants on the economy has been devastating not only in job losses but also in crime-related activities,' he said.

Mr Iddrisu said reports by the media of some migrants destroying local farms, degrading the environment, polluting sources of water and sometimes engaging in antisocial behaviour have been highlighted.

Mr Dennis Zulu, Officer-In-Charge of the ILO Country Office, said issue of migration is an important one on the ILO's agenda.

He said migration is always misunderstood and most of the decisions taken on the issue is based on perception instead of data-based evidence and cited the current xenophobia attack on migrants in South Africa.

He pledged the commitment of the ILO to pursue its mandate on migration to ensure social protection and labour employment of migrant workers.

Mr William Hanna, European Union Ambassador, said there would be a political dialogue in Accra in two weeks' time to discuss migration and its impact on migrant countries and countries of destination.

He said there are many positive aspects of migration, which each country could benefit from and expressed the need for research to be conducted in these areas.

About 7.6 per cent of Ghana's total populations according to the 2010 census are immigrants.

The seminar would serve as a platform for dialogue and discussion on the importance of labour immigration and its linkage to development.

An earlier seminar was held in CÃ´te d'Ivoire and seminars would be conducted soon in Rwanda and South Africa.

“Even those who lost elections are thanking people, what are...
29 minutes ago

Komenda Sugar factory 'collapsed' under Mahama; if not, why ...
29 minutes ago