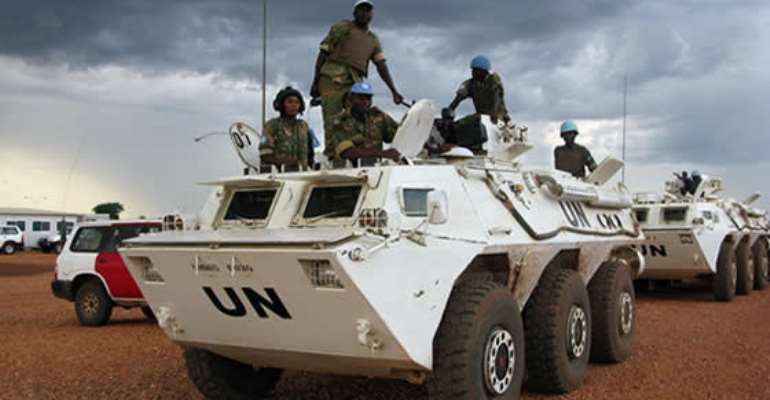 Accra , May 26, GNA - Ghana has launched series of activities for commemoration of 2015 International Day of the United Nations Peacekeepers slated for May 29.

Ms Hanna Serwaa Tetteh, Minister of Foreign Affairs and Regional Integration, who launched the activities in Accra on Tuesday, said observance of the day would afford Ghana the humbling opportunity to pay homage to the valiant men and women who served and continue to serve in United Nations Peacekeeping Operations.

She noted that it is through the enormous sacrifices of peacekeepers who go into some of the world's most volatile and dangerous environments that many around the world live in some measure of peace and security.

She said by demonstrating a high level of professionalism, dedication and courage the world deserve to mark the day.

The commemoration is on the theme: 'UN 70 and Ghana in Peacekeeping: Past, Present and Future.'

The Foreign Affairs Minister expressed condolences on behalf of the government and the people of Ghana to the bereaved families of peacekeepers who died in the course of duty and to those who have been injured in their line of duty.

Activities to mark the day include a photo exhibition at the Accra International Conference Centre from Tuesday, May 26; to Friday May 29, and a television documentary on peacekeeping to be aired by TV3.

According to the programme the celebration would be climaxed with a flag-raising and wreath-laying ceremony at the forecourt of the State House on May 29.

Since the first UN peacekeeping mission was established in 1948 until April 2015, 3,358 military, police and civilian personnel have lost their lives in the service of peace as a result of acts of violence, accidents and disease.

The UN has established 71 peacekeeping operations - in Africa, the Americas, Asia, Europe and the Middle East.

Currently 125,000 women and men serve in 16 peacekeeping missions across the globe.

UN Peacekeepers are deployed in some of the world's most challenging and austere environments and mandated with increasingly complex and difficult tasks.

Over the decades, UN Peacekeeping has implemented a series of reforms to be both 'fit for purpose' and innovative in the management of field operations.

Ghana had been a key partner in UN peacekeeping activities, ranked among the top 10 largest contributors of personnel to peacekeeping operations over the years.

The UN considers Ghana's role in peacekeeping as critical due to the high calibre of men and women that the country has contributed to peacekeeping missions and the high level of professionalism and leadership exhibited by these people.

Ameen Sangari Factory will be revived Under 1D1F — Akufo-Add...
14 minutes ago